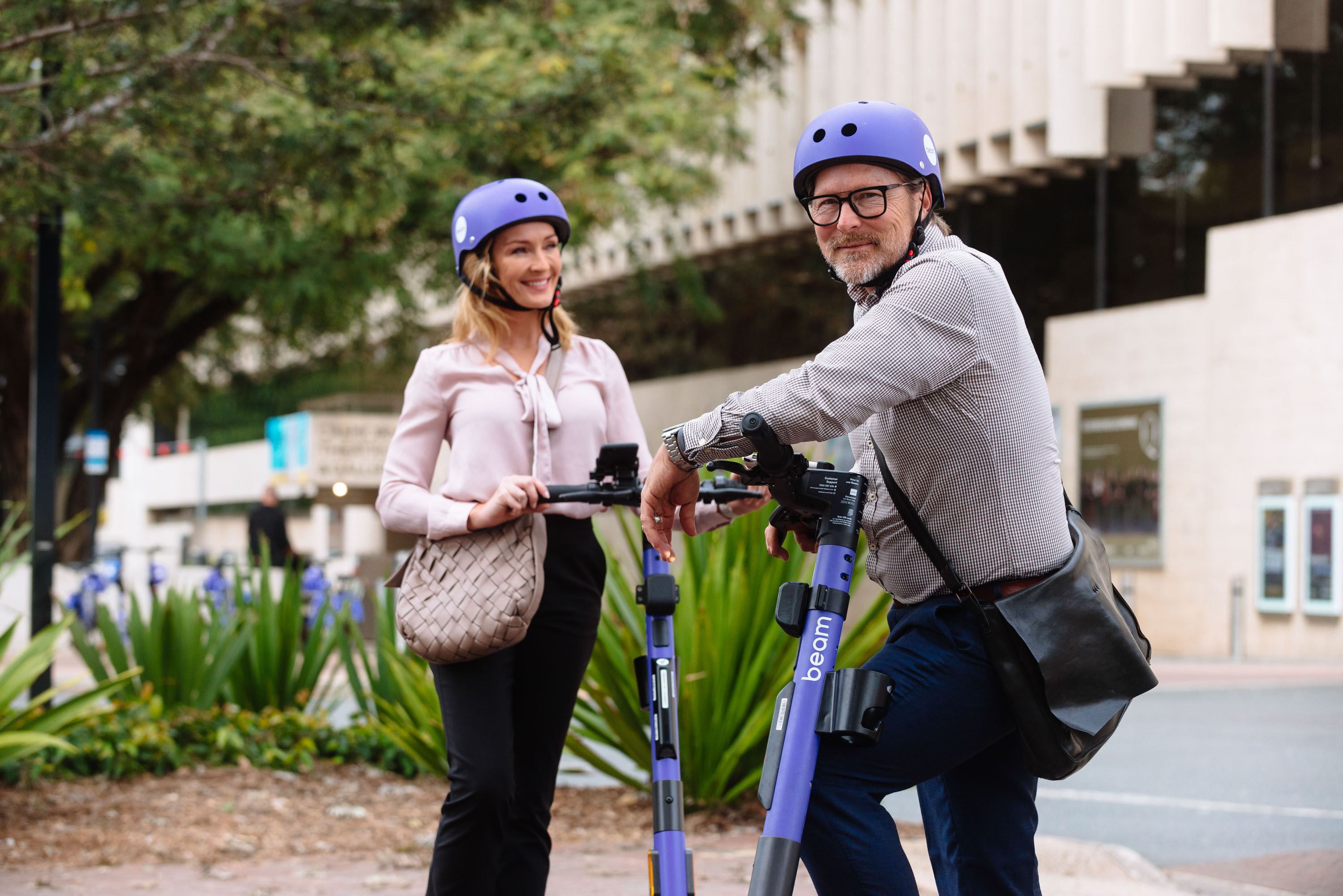 New research reveals shared e-scooter use in Adelaide now mainstream, with availability the key to adoption

[28 September 2022] New research of the general public undertaken by South Australia’s largest micromobility company Beam reveals that e-scooter adoption and usage have hit mainstream levels in Adelaide, and that for many citizens, the mode has become a fully integrated part of their transport habits.

The survey of residents across Greater Adelaide was undertaken last month through an independent research company, and the sample was balanced for age and gender.

The survey revealed that of Adelaidians who live and work within Beam’s operational area, an extraordinary 75% have ridden a shared e-scooter, with 34% using them at least once every week.

Far from being a regular mode of transport only for students, the group most likely to ride frequently are 25-34 year olds, and 48% of regular riders are aged over 35.

Contrary to perceptions that e-scooter riders are usually male, they are just 10% more likely to be male than female.

With the current e-scooter operational area covering limited areas of the Adelaide CBD, North Adelaide, the City of Unley and City of Norwood Payneham & St Peters, Beam’s research also sought to establish usage patterns for citizens who do have easy access to e-scooters, as the best indication of how shared e-scooters will be used as they become increasingly widespread.

Even amongst residents who live in the suburbs or outside the city, 33% have used a shared e-scooter.

27% of all Adelaidians surveyed identified the lack of availability of vehicles near them being a barrier of e-scooter adoption.

“The extremely high level of adoption amongst Adelaidians who live and work where shared e-scooters are available demonstrates how Adelaide is already a leader in shared e-mobility.

“Adoption of shared e-scooters in the city is way past the point of being used only by ‘early adopters’ of technology, and is now a mainstream transport choice and habit for significant numbers of the population who have access to them.

“At these usage levels, shared e-scooter usage is likely surpassing more ‘traditional’ active transport options such as cycling, with one recent study suggesting 17.4% of South Australians ride a bicycle in a typical week (compared with the 34% of Adelaidians surveyed with access to a shared e-scooter saying they utilise e-scooters once a week).

“Considering the bicycle has been around for hundreds of years, it is extraordinary that shared e-scooters have overtaken them in usage popularity in the space of just three years.”

The research also investigated the reasons why shared e-scooter riders choose the transport form over other alternatives such as cars. The top five reasons given by riders were enjoyability, environmental friendliness, speed, the health benefits of active transport and e-scooters’ ease of use, compared to other modes of transport, with 30% of respondents citing environmental benefits as a key reason for use.

With road transport emissions in the city of Adelaide costing an astounding 3 million tonnes of CO2 annually, it is very encouraging that in these early stages of shared micromobility being integrated into Adelaide, research shows a significant number of Adelaide residents are aware of their ability to impact the environment positively through their transport choices.