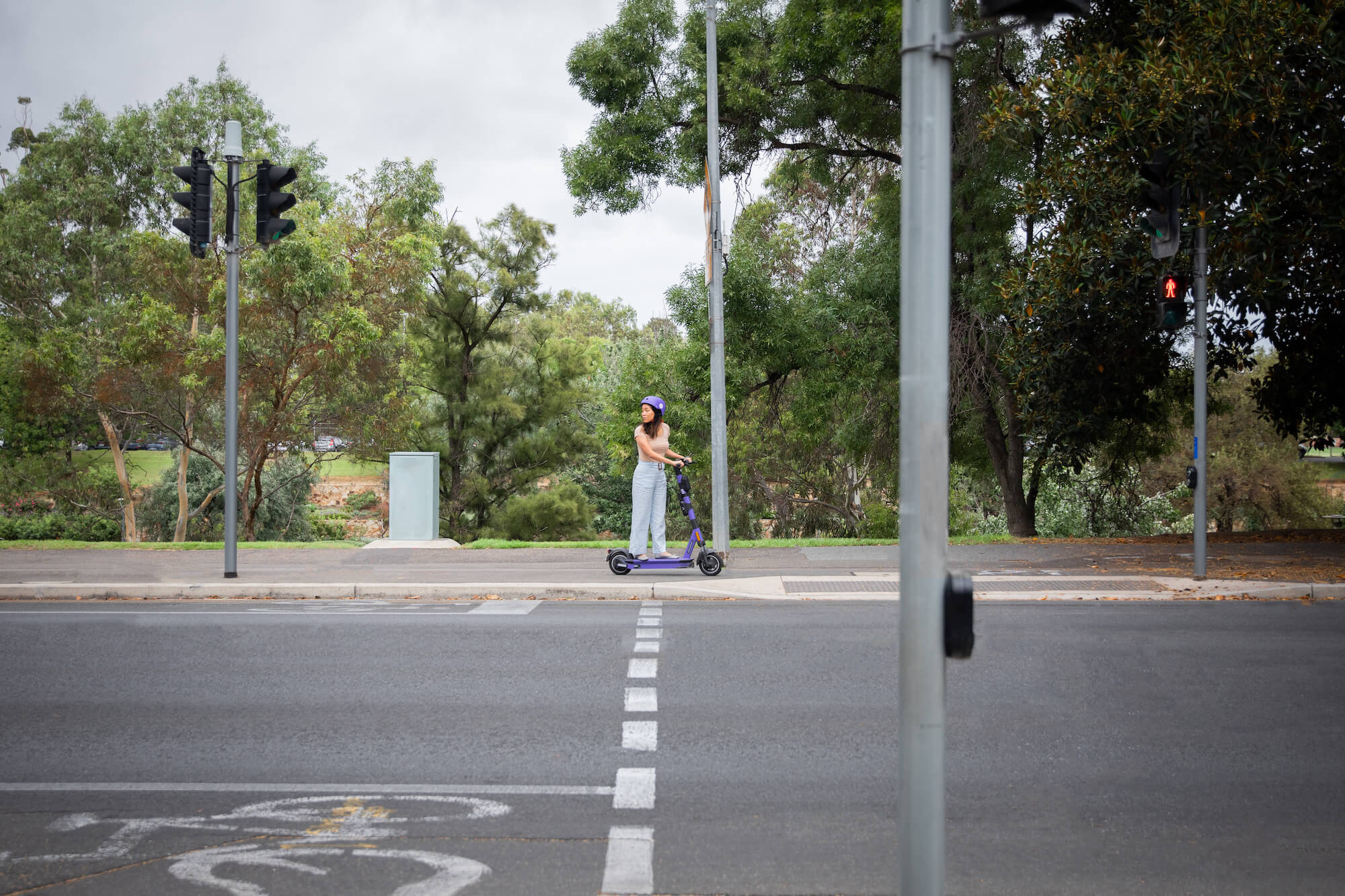 Beam’s operations in Brisbane, Adelaide, Canberra, Hobart, Launceston and Perth are the first to benefit from an Australian-first trial of Beam’s ‘Pedestrian Shield’ technology.

The first phase of Beam’s Pedestrian Shield roll-out will be powered by an exclusive partnership with Drover AI, with the second-phase to come later in 2022.

Pedestrian Shield technology will be integrated into a number of Beam’s e-scooter fleet in these cities, giving cities the power to adjust speeds based on road surfaces.

Drover AI's Path Pilot is an advanced IoT module capable of detecting city infrastructure like roads or footpaths in real-time using an onboard camera. With Pedestrian Shield, Beam’s e-scooters will accurately and reliably identify whether the vehicle is traveling on sidewalks, streets or bike lanes, to account for the differing restrictions on each.

The technology enables Beam’s e-scooters to employ riding restrictions such as reduced speeds or no riding on pedestrian paths even in GPS-challenged areas, and will allow Beam to educate riders on safe riding in and around the cities, by providing in-trip and post-trip feedback.

Phase two of Pedestrian Shield, launching in mid-2022, will consist of pedestrian collision prevention, with technology to enable detection of pedestrians of footpaths and the e-scooter slowing to prevent a collision.

The data gathered in the trial cities will power a roll-out of the technology across Australia and New Zealand later this year.

“We’re pleased to be the exclusive partner of Drover AI in Australia & New Zealand, and to incorporate their industry-leading PathPilot technology into Beam’s Pedestrian Shield.

“The majority of pavement detection technology relies on positioning like GPS and detailed mapping of every road and pavement in a city.

“These solutions are not scalable and are unreliable due to the proximity of roads and pavements within a single meter.

“In comparison Pedestrian shield uses an on-board camera that detects when riders are riding on pavements instantly and accurately without the need for precise mapping and perfect positioning.

“We are excited to bring this technology to Australian roads first.”

“Drover is excited to partner with Beam to introduce PathPilot to Australia as they endeavor to enhance the safety and intelligence of shared micromobility vehicles  for all stakeholders.

“Micromobility offers many benefits in urban environments and Drover is thrilled to be able to contribute our technology to address the biggest regulatory concerns while also exploring the greater potential of AI-powered computer vision to contribute to the evolution of shared micromobility.”

To be attributed to Beam’s General Manager (ANZ) Tom Cooper:

“This trial is the first of its kind in Australia, and one we hope will set a new standard of micromobility technology in the country.

“As micromobility becomes more commonplace in cities, we believe its usage will only continue to increase exponentially, with more citizens engaging on the streets and leaving their cars behind.

“With different states in Australia having different legislation governing e-rideables, Beam’s Pedestrian Shield will be able to adapt to the different riding rules in each state - whether that is to enforce lower speeds on footpaths, or stopping the Beam altogether.

“As we look forward to expanding our footprint across Australia and New Zealand in 2022, we are also committed to developing collaborative partnerships with local community members and organisations, and engage in discussions around the safe operation of e-scooters to ensure the safety of riders, pedestrians and other road users.”