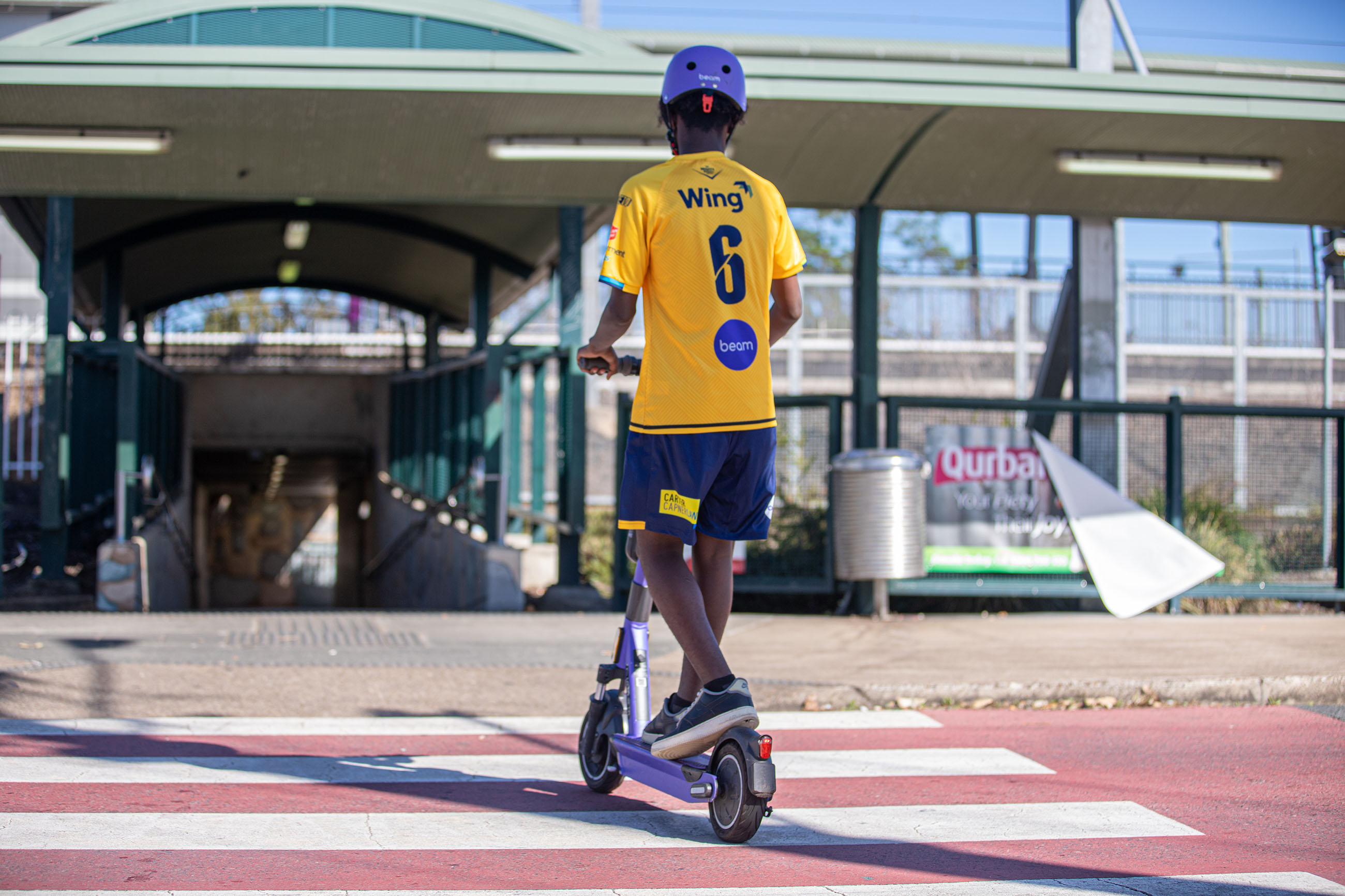 [13 July 2022] With the local football season in swing, the Logan Metro Football Club has unveiled its first ever micromobility sponsorship, with Beam joining the LMFC family and sponsoring the club’s 2022 season.

Over 70% of LMFC’s players live within Logan Central, with the youth players walking up to 6km each way to attend training and matches.

“We’re thrilled that our expansion into the Logan region has given us the opportunity to partner with the Logan Metro Football Club, and immerse ourselves as part of the local community - and a great bunch of hardworking and talented young players.

“With the number of training sessions and matches the LMFC youths play in a season, we’re glad to be enabling a convenient and carbon-free journey for players - especially those who require financial support.

“But most of all we’re excited to be cheering the teams on from the sidelines throughout the season, and expect LMFC’s 10th anniversary season to be their best one yet!”

“We’re so proud and excited to be partnering with a brand like Beam to offer a real & innovative solution to the transport issue a lot of our players and community face.

“Many of our players currently walk to and from training and games, with this partnership enabling them to access a convenient alternative.

“Since our inaugural year in 2012, this football club has been pushing the envelope and leading the way with innovative and unique ways of doing things on and off the field.

For our 10 year anniversary we couldn't be prouder to be partnering with Beam and offering this service to our players.”

“Like many of the other players, I travel to and from the Club three times a week, for training and games, walking 30 minutes home after a hard training session.

“Having Beam support in getting to and from the club more quickly saves so much time and energy each week, and ensures I show up on the field able to play my best.”