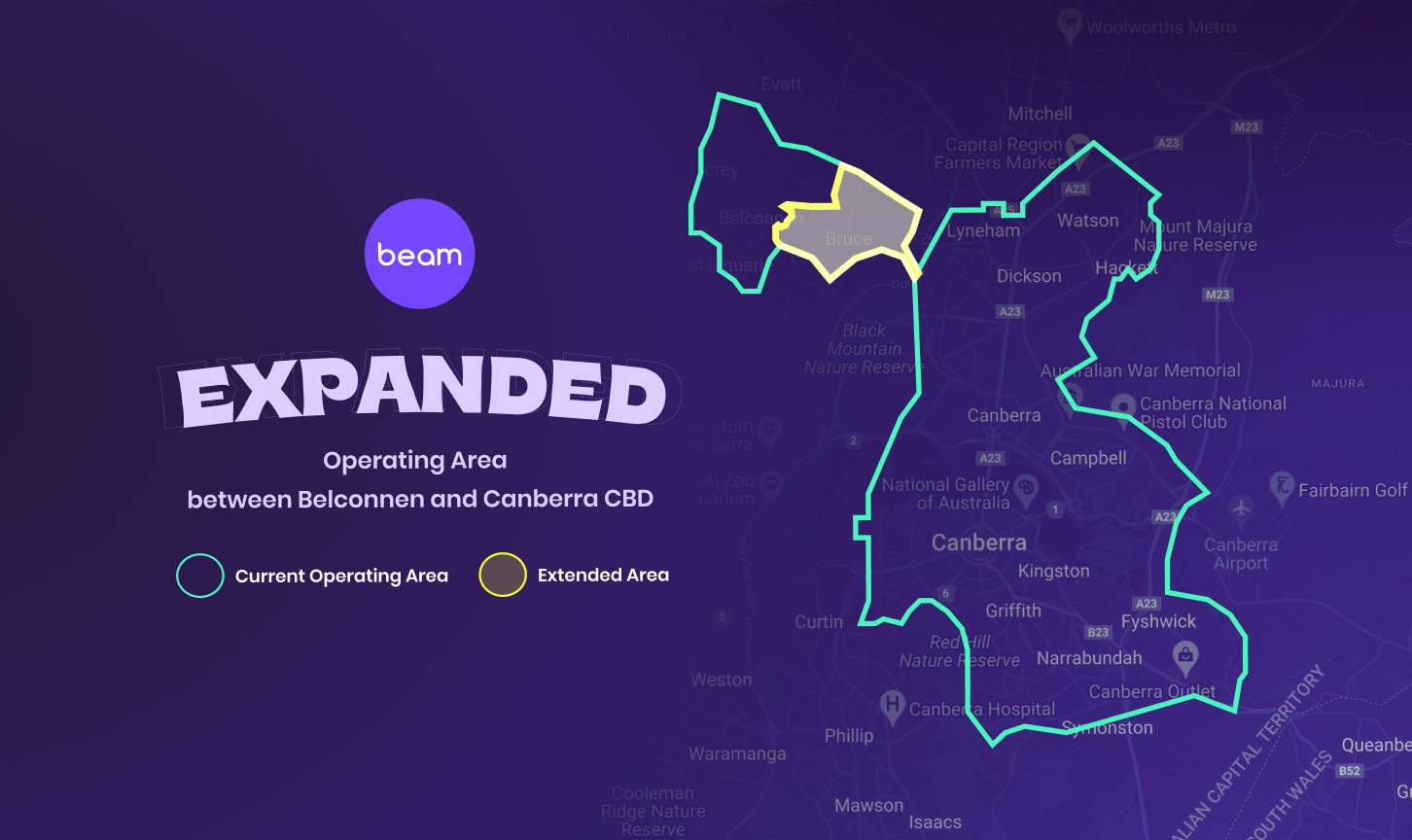 From today, Beam’s industry-leading e-scooters will be available for use within the entire suburb of Bruce, improving transport options and connections between Belconnen and O’Connor.

The expansion will also incorporate the bike path adjacent to GIO Stadium, which connects to Dryandra Street in O’Connor, permitting travel between Beam’s existing operating areas.

The new operating area encompasses the rest of the suburb of Bruce, and includes major institutions such as the Canberra Institute of Technology (Bruce Campus), GIO Stadium, Calvary Public Hospital,and the Australian Institute of Sport. 150 additional Beam e-scooters will be brought in to support the larger operating area.

With the expansion of Beam’s operations, an increased number of residents can also now take advantage of Beam’s e-scooters, with data showing increasingly longer rides and a growing reliance on micromobility as a form of regular transport.

Beam’s latest rider data from Canberra shows that riders anticipate an increased reliance on shared micromobility in the coming months:

“We anticipate a particular increase in commuter riders with this new expansion, and plan to support this with our subscription passes to make regular e-scooter commuting affordable.

“As we continue to offer shared micromobility to more Canberrans, our commitment is first and foremost to the safety of both the riding and non-riding community, and ensuring rider compliance with the state legislation.

“With micromobility to play a bigger part in Canberrans’ lives, we are currently trialling technology in Canberra, allowing us to detect road surfaces and adapt the speed of a Beam e-scooter as it travels on road, bike lanes and footpath. We also have a three-strikes policy in place, in line with the new legislation, where riders risk permanent bans for violation of the riding rules.

“We will also be introducing drink-riding deterrence technology in the coming weeks to further support the efforts of the ACT Government in enforcing the state legislation as we expand.”