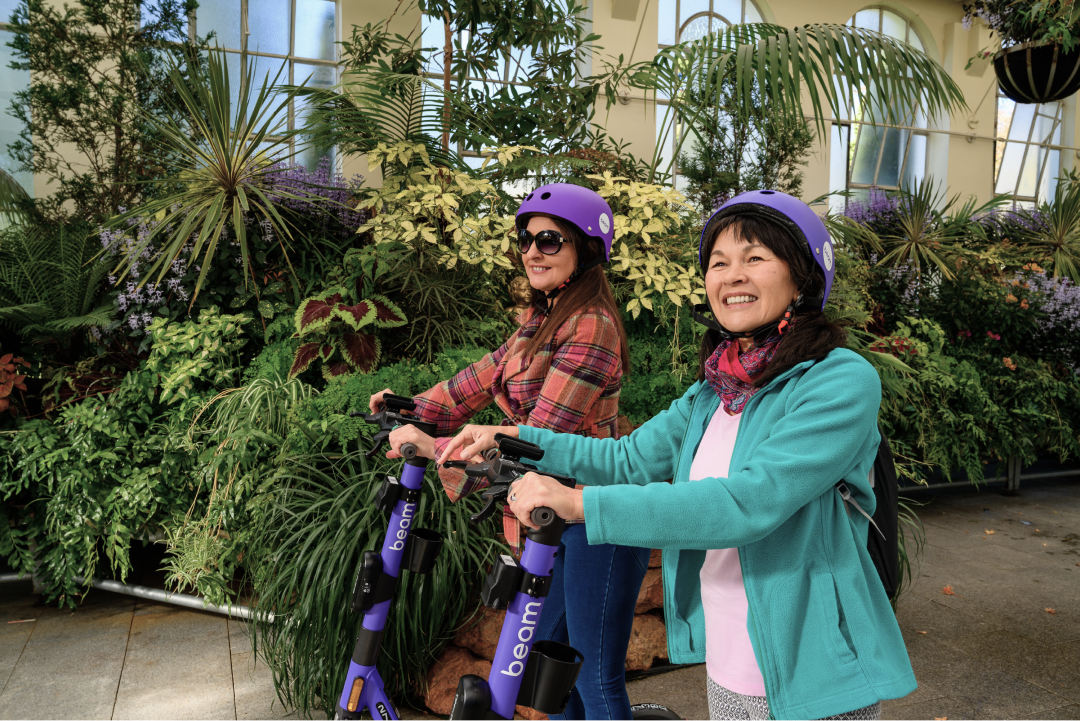 Leading micromobility company Beam’s latest study of its entire rider base across Australia shows the long-term potential of micromobility to reduce congestion and emissions, with riders increasingly leaving their cars at home, selling them altogether, and less likely to buy another in the future.

Car owners who ride Beam, use their cars less

Survey results revealed the majority (80%) of Beam riders in Australia still own a car, with 32% of these car-owners revealing they used their car less as a result of having access to shared e-scooters.

Amongst regular riders of Beam (defined as taking one ride or more a week) an astonishing 75% say they use their car less as a result of access to shared e-scooters.

22% of the riders (and 29% of regular riders) who are using their cars less due to access to shared e-scooters state they are “likely to”, “more likely to” or “definitely going to” sell their car in the near future as a consequence.

Many riders have already made the change to a car-free lifestyle, with increased Beam usage driving down intentions to ever buy a car again

Results showed that of riders who already live the car-free lifestyle, 21% sold their car as a direct result of having access to shared e-scooters. Amongst regular riders the figure is 25%.

Of riders who don't currently own a car, 52% say they are now "less likely to", "much less likely to" or “definitely not going to” buy one now due to their access to shared e-scooters. Amongst regular riders, this figure rises to an incredible 68%.

“Reducing car usage and swapping to carbon-neutral alternatives such as walking, cycling and e-mobility is arguably one of the simplest solutions to climate change we have available, and we’re thrilled to see our Aussie riders riding this change,” says Beam’s Australia & New Zealand General Manager Tom Cooper

“It’s amazing to see our riders making big shifts in the way they get around, and this is the first time since launching operations in Australia where riders have revealed their trust in shared micromobility enough to go car-free altogether!

“Global research into car usage shows that, on average, nearly half of all car trips taken involve transporting one person less than 5 kilometres, making our primary mission to replace these short solo drives with micromobility solutions.

“Although micromobility is still an emerging industry, our riders’ riding habits have shown the potential for it to aid in Australia’s carbon reduction targets.”

Advanced LCA[1] modelling on a local Australasian city has shown that for every kilometre travelled on an e-scooter rather than a fossil fuelled car, 260 grams of CO2 emissions are avoided.

Based on the average distance covered by a Beam e-scooter or e-bike in a year, that adds up to 560 kg of CO2 emissions saved - the equivalent of the natural carbon-reducing power of 56 pine trees.

The more e-scooters there are in our cities, the more we can collectively help reduce emissions.