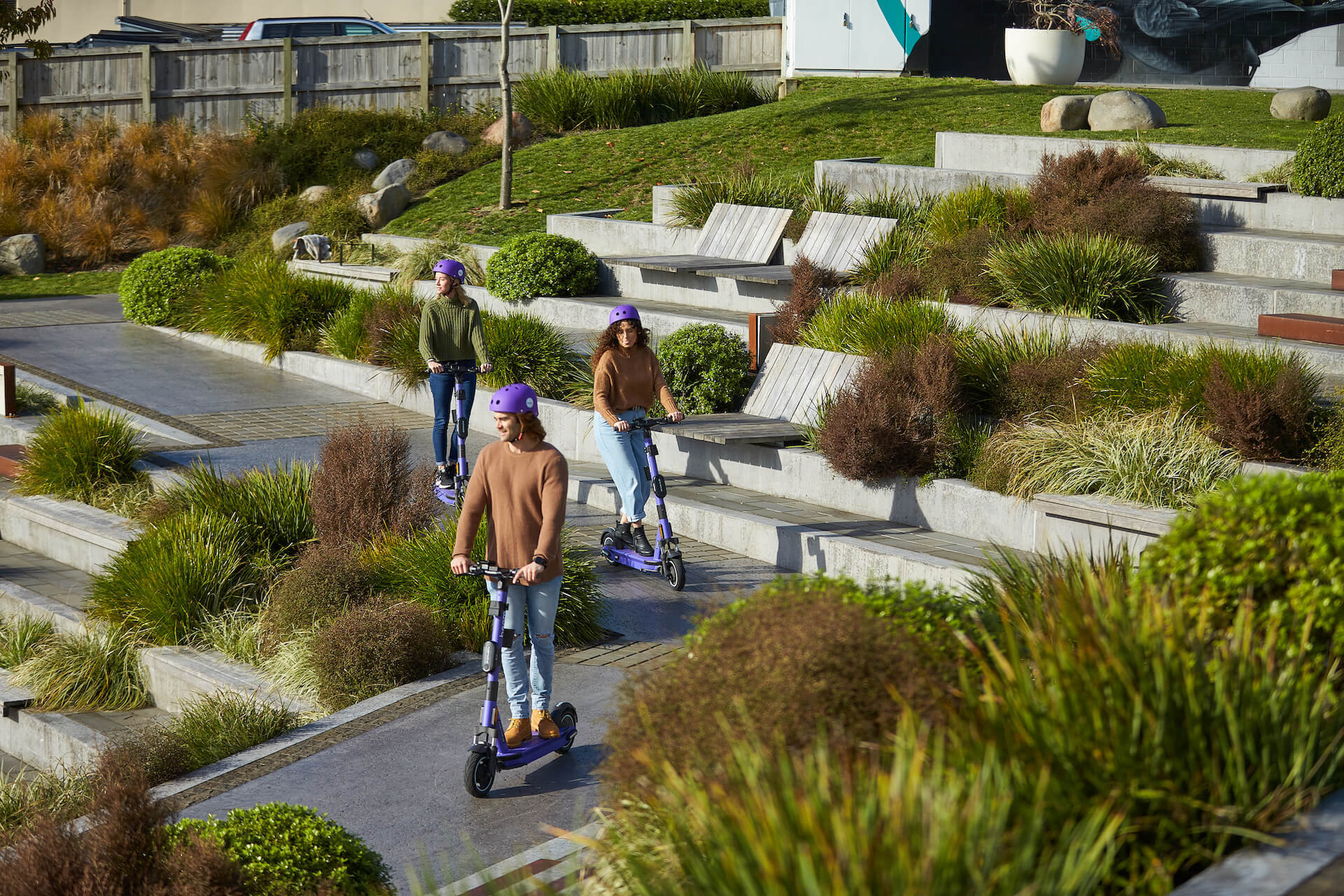 If we want to reduce our carbon emissions, we need to look at more sustainable modes of transport now

All eyes around the world were on COP26 last year, and rightly so. COP26 was a critical conference, happening during an ongoing pandemic no less. As mentioned in length during COP26 and accompanying public and expert commentary, it is critical for countries globally to meet and agree on more ambitious targets to reduce greenhouse gas emissions (GHG) in order to meet global warming targets.

The extreme weather events we are experiencing globally, including cataclysmic fires and floods, will not disappear, even if we manage to stay under the 1.5 degree Celsius target. It is an accepted scientific fact that the carbon emissions that have built up in our atmosphere, together with other GHG, will take many years to dissipate.

It is critical that we find solutions to not only become carbon neutral, but to drive the discovery of technologies and other solutions to reduce the current levels of airborne carbon. Only when human activity on earth becomes carbon negative as a whole, can we begin to reverse the damage that has been done already from the usage of fossil fuels and levels of unsustainable consumption.

At Beam we have turned our focus towards being Carbon Negative; generating carbon emission reductions greater than our operational GHG footprint, so we become a net reducer of emissions overall. Beam has invested heavily in research and modelling of carbon negative impacts since we were first certified carbon neutral in 2019. The models we have developed are rigorously reviewed independently, and with emerging academic and industry research, it is now well established that travel by micromobility vehicles significantly reduces GHG emissions compared to fossil-fuelled transport and even electric cars.

The fundamental reason for this is simple. Taking a trip on a small-sized micromobility vehicle of around 30kg mass for one kilometer, is clearly much less impactful than travelling the same distance in a fossil-fuelled car that weighs 60 times as much. This is a particularly stark comparison when you consider that globally, on average nearly half of all car trips taken involve transporting one person less than 5kms (1). These small trips are the ones that micromobility can help replace. There will always be a need for cars for longer trips for more than one person, but little drives are ripe for transfer to little rides. Since transport emissions(2) can account for up to 25% of global and national emissions, the impact of switching to e-scooters and e-bikes for shorter trips will significantly reduce transport emissions and support the Paris Agreement targets by 2030 and by 2050.

Although micromobility is in an initial phase of deployment globally, the potential for micromobility to address climate change is enormous. As city authorities and citizens get more comfortable with the new technology, they will hopefully capitalise on this opportunity by increasing the volume of micromobility vehicles - and the associated infrastructure to support their safe usage - available to city-dwellers. The more e-scooters there are in our cities, the more we can collectively help reduce emissions.

For example, based on advanced LCA[1] modelling in one large Australasian city, for every kilometre travelled on an e-scooter rather than a fossil fuelled car, 260 grams of Co2 emissions are avoided.

Based on the average distance covered by one of our trusty Beams in a year, that adds up to 560kg - over half a tonne - of Co2 emissions saved; that's the equivalent of the natural carbon-reducing power of 56 pine trees. It’s arguably one of the simplest solutions to climate change we have available. Across Australia & New Zealand, Beam riders travelled over 20.6 million kilometres in 2021, with over 4,780 tonnes of CO2 emissions avoided by switching from carbon-emitting transport methods to Beam’s carbon-neutral e-scooters.

The more Australians use e-scooters to leave their car at home, or to get to a bus station, the greater the chance we have of making a bigger change in carbon emissions. And the benefits don’t stop at carbon emissions. The positive impacts of a shift from cars can be measured right across the UN’s Sustainable Development Goals, with reductions in congestion that make cities more liveable, reducing particles from emissions to reduce death by respiratory diseases, and creating more space in cities when car parks can be converted, making cities more liveable and green for all.

According to all the latest opinions that came out of COP26, we don’t have a lot of time to make a dent in emissions. The journey starts in recognising that we all have to become more sustainable individually, and as nations. Let’s commit everything we can to making it happen.