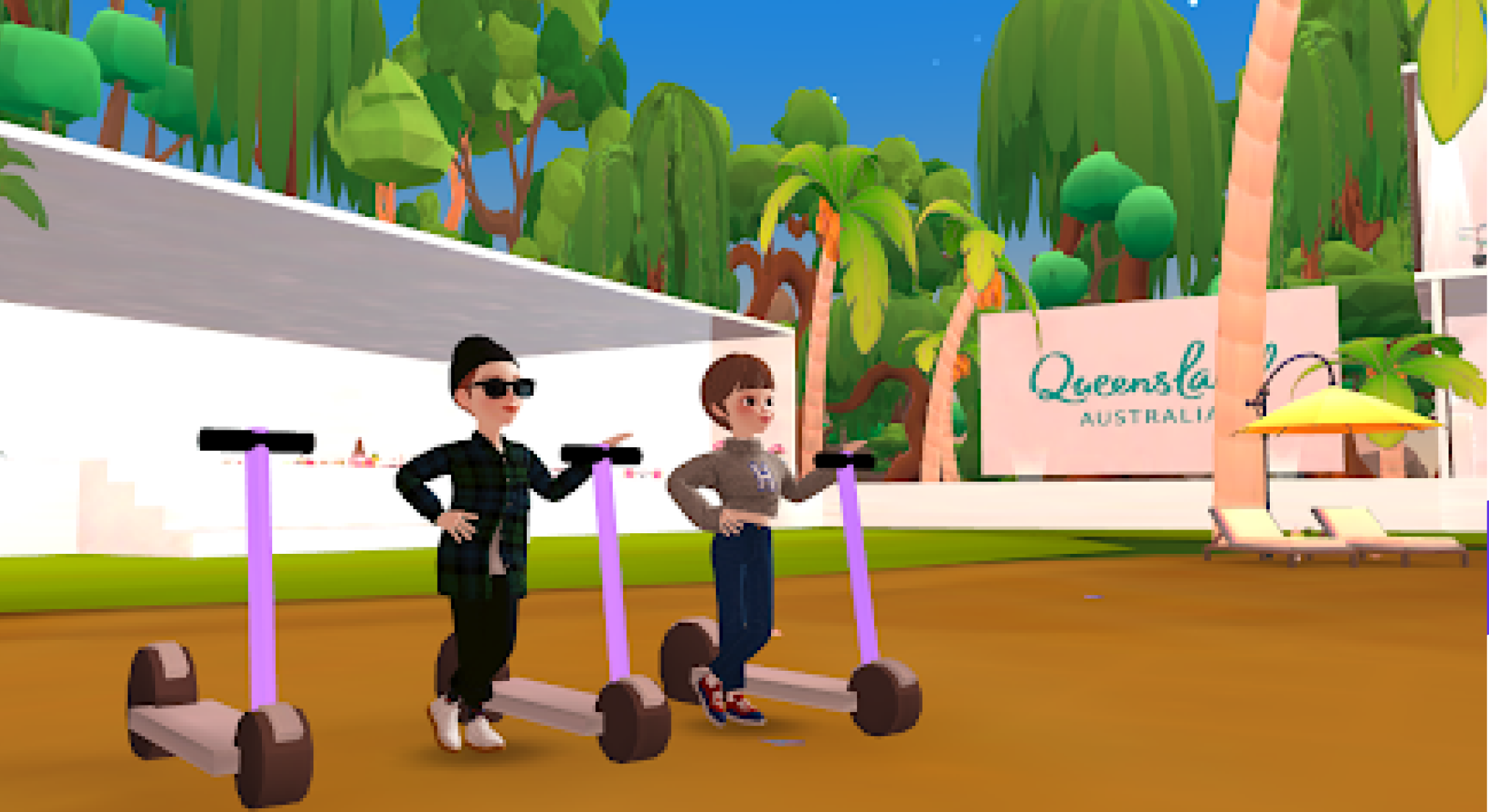 Metaverse: Introduction to the new era with the new norm of communication

“The metaverse is going to be a big focus, and I think that this is just going to be a big part of the next chapter for the way that the internet evolves after the mobile internet,” as Zuckerberg told to The Verge this summer, Facebook is expected to expand their business to Metaverse through rebranding its name without hesitation. The metaverse has been referred to as a high-profile topic for a long time, but still people have unclear definitions for a single question; What is metaverse?. However, the change has already come. So, let’s think about the question reviewing examples of metaverse’s 4 elements, which are easily observed within daily lives.

“Metaverse” is the word that contains more variables than we think of. Let’s start with something familiar.

The year of 2016, Sokcho-si at Gangwon-do became the hottest place of that summer. Amid the global success of Pokémon GO, Sokcho-si and Yangyang-gun were the only place to play Pokémon GO in South Korea, while the official release had been prolonged due to the military issue. It was the moment that the dreams of being a Pokémon trainer came true through the AR technology.

AR is an abbreviation for “Augmented Reality”; it brings virtual reality to the real world by overlapping the computer graphics over the existing real-world videos or photos. In other words, AR adds virtual information to the real-world to augment reality. Let’s find some examples from Pokémon GO.

While playing Pokémon GO, users can catch different types of Pokémon according to their location. For example, you have to visit some place near water like Socho-si to catch Psyduck and Squirtle. When users use their smartphones to catch Pokémon, it identifies their location through GPS; and shows them proper virtual reality like our Squirtle. This interactive environment helps players to have more realistic experiences.

The future of AR technology looks forward to be better with more proactive adoption to various fields. In addition to the gaming industry, medical, media, and  manufacturing industries have been trying to develop AR technology that supports its operation. Moreover, from parking assistance to visual impairment support with wearable displays, AR technology will be adopted closer to everyday life.

Lifelogging means recording people's lives in any form. This includes from social media to recording information using cameras, etc. Currently, with the diffusion of various devices such as smartphones and GoPro, anyone can easily enjoy lifelogging.

Meeting metaverse, lifelogging is expected to strengthen connectivity between individuals beyond social media. The example is the active expansion of social media companies, including Facebook, toward metaverse. After acquiring Oculus, a VR device company, in 2014, Facebook has continuously invested in the metaverse business with launching Horizon, a communication platform using VR devices. Another social media company Snap is also accelerating its entry into metaverse by acquiring AR glass maker Waveoptics and artificial intelligence developer Ariel.
‍

Novels and movies about virtual reality such as "Ready Player One" are already familiar to people. Although it is still in its early stages, looking at how Zepeto and Roblox made the kids enthusiastic, it is soon enough to be the future of social media. The basic concept of virtual reality is "an artificial environment similar to but not real." In a broader sense, visual media such as simulation and Zepeto can also be included in virtual reality.

Virtual reality has a very important value in the metaverse world; it is a place where the components of metaverse such as AR and lifelogging are brought together and realized. Let's take an example of Zepeto as mentioned earlier.

Zepeto is a metaverse platform with 200 million subscribers worldwide. Users can explore various maps with their avatars and communicate with other users. When accessing Zepeto for the first time, users can create avatars based on their real faces. When the camera is reflected on the real eyes, nose, and mouth, the avatar is made by overlapping the computer graphics on the face through AR technology. And users can enjoy social life with other users by taking pictures, videos, and dancing while exploring various maps with their avatars.

Virtual reality is already being used in various ways with the acknowledgement of their potential. In September this year, Hyundai Motor Group held an event to introduce future mobility such as Urban Air Mobility (UAM) through Roblox(another metaverse platform) for the first time as an automobile brand and provide mobility experiences to consumers via more diverse channels. Australia's Tourism and Events Queensland(TEQ) also used Zepeto to  communicate through metaverse. Along with the current pandemic situation - when traveling to Australia has become difficult - the TEQ has produced and promoted a Zepeto map set in the Great Barrier Reef to introduce the beauty of the Great Barrier Reef and raise awareness of its preservation. On this map, users can see information and photos of marine animals and plants living in the Great Barrier Reef area, or enjoy Fort Douglas's wonderful resort and Beam Mobility's e-scooter implemented through Zepeto. As such, virtual reality is gradually becoming more common.

Now let's talk about something more practical. The mirror world aims to describe the real world as realistically as possible among the elements of the Metaverse. And, it is contributing to metaverse by not just copying but expanding it informationally.

The mirror world that is most recognized to the general public is Google Earth. Google Earth provides image map services based on the information collected as satellites. Through Google Earth, you can check the road in your town, but also can see the streets of Cairo, Egypt, thousands of kilometers away; in order words, the extension of information beyond the limits of the distance. There is also a platform called Earth 2, which allows users to trade real estate on virtual Earth based on Google Earth data. Earth 2 is a metaverse that duplicates Mother Earth (Earth 1) the same, and can be bought and sold by dividing the land into pixels.

‍
You can also find the mirror world in the services used in our daily lives. On a hot summer day, the map in Beam Mobility's app, which was the perfect mobility option to get away from blazing heat, can also be seen as a kind of mirror world. On the map that duplicated roads and buildings in the real world, you can check where Beam Mobility's e-scooters are parked, how much battery is left, and even parking photos taken by previous drivers. It can be proudly featured that it is a mirror world of e-scooter metaverse with enhanced information on scooters.

Since the outbreak of the global pandemic in March 2020, we have had to find new spaces and relationships as meetings between people have become difficult and the connectivity between human relations has weakened. In line with these needs, metaverse has begun to be adopted broadly. People who started to get used to the mirror world through using Beam Mobility's e-scooters, rather than using crowded public transportation; and emergence of various service that support people to communicate each other within the virtual spaces; furthermore, efforts by the TEQ to provide travel experiences through Zepeto for those who are nostalgic for pre-pandemic trips seem to show the future of the metaverse.

Let's think of the first time we encountered some social media. You may have questioned whether Whatsapp, a chat service, and Instagram, which is something like a blog, are both named Social Media. If someone asks me what metaverse is, I'll answer that it's a new generation of social media, indicating the expansion of communication means. Just as social media has become an indispensable means of communication for us, I think Metaverse in 10 years may become a more familiar name to all of us than we expected. And maybe now we're together in the birth of new communication.