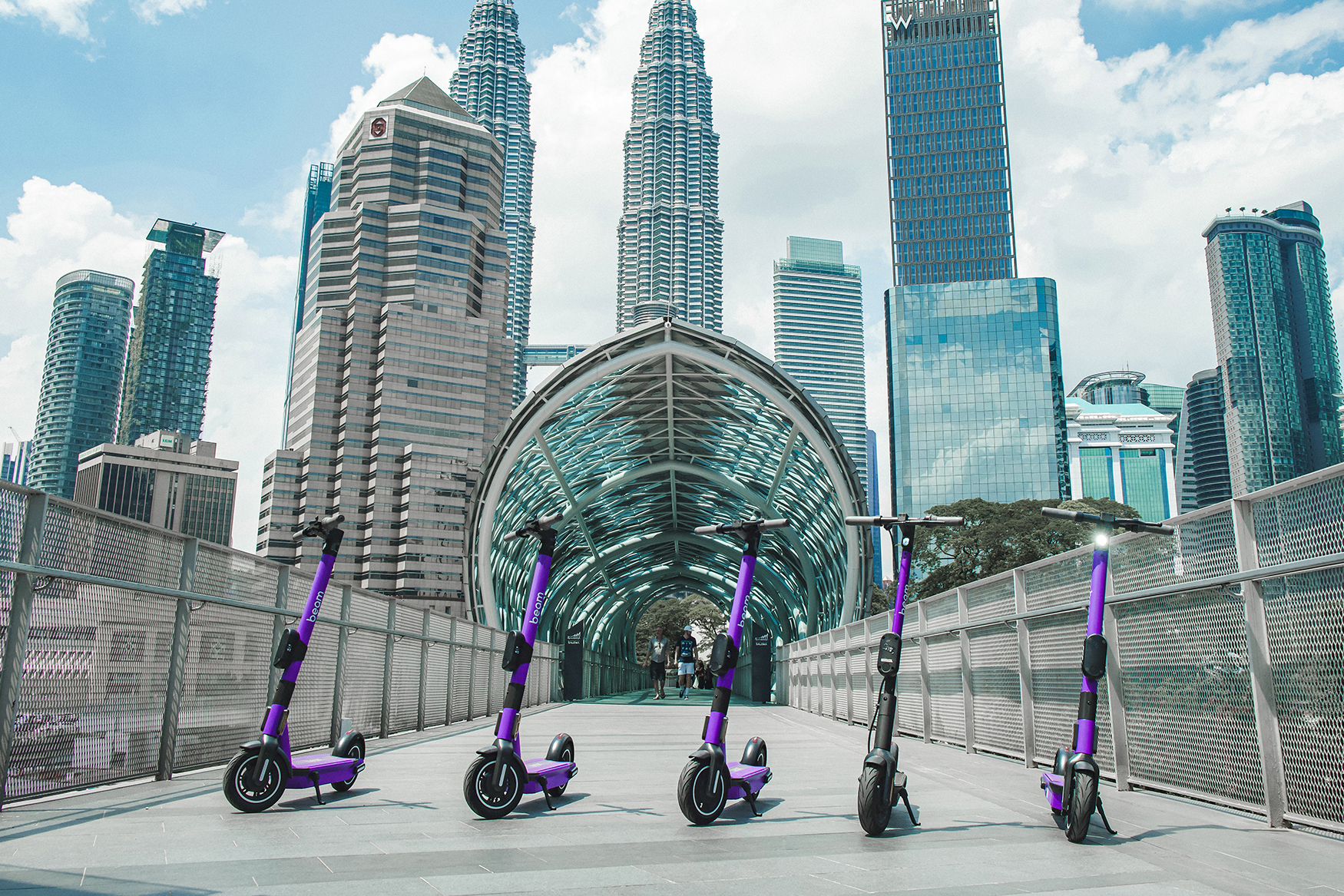 [KUALA LUMPUR, 12th July 2022] – Cities all over the world are actively looking for ways build a cleaner, cooler, and healthier future for its citizens. But for each of them, achieving that goal means a drastic reduction of carbon emissions as it raises temperatures and negatively impacts human health. Kuala Lumpur is no different. With plenty of idle traffic due to an overreliance on cars, and the city’s geographical placement in the Klang Valley, air pollution continues to be a growing problem for a city that strives for sustainability by 2030.

The latest available data from Kuala Lumpur City Council (DBKL) found that throughout 2017, a total of 25,094,052 million tonnes of CO2 was released into the Kuala Lumpur air. 56% of that annual figure (or 14 million tonnes of CO2) comes from the transport sector alone, and 99.4% of which are considered on-road transport. That’s 444kg of CO2 produced by Kuala Lumpur’s fossil-fuelled vehicles every second. But these numbers only tell us so much, as does the invisible nature of these emissions.

Beam, Malaysia’s leading advocate for more sustainable and environmentally friendly transport, provides an unsettling visualisation of Kuala Lumpur’s annual transport emissions. The animation makes visible 14 million tonnes of carbon dioxide transport emissions in the form of bubbles and sets it against the Kuala Lumpur landscape. The video presents a clear need to reduce the number of private vehicles on the road and to use alternatives with emission-free public transport infrastructure and encouraging the use of emission-free micro mobility vehicles for short and medium distances.

Since its inception, Beam’s vision has been to pave and lead the way for a more sustainable and environmentally friendly transport system for urban dwellers. This can be achieved with more frequent use of public transportation or fewer private vehicles on the road. However, prior to the mass availability of Beam’s micromobility vehicles in major cities, consumers found that while public transportation conveniently takes them to and from the general area of their destination, there was an issue with completing the first and final part of their journey.

This is where Beam’s electric micromobility vehicles come in. Beam’s mission is simple – to turn little drives into better rides, and make cities flow better for everyone.

“Beam’s e-scooters aren’t just for fun and leisure. They exist to solve very real first and last mile issues that city dwellers face when commuting via public transport. With these e-scooters available for rent in key areas around the big cities, this issue is effectively resolved. More people can comfortably complete their daily commutes, the number of vehicles on roads will be reduced, traffic flow is smoothened overall, and carbon emission is reduced. We only have one planet, and we at Beam are committed to doing everything we can to sustain it,”

Providing transportation aside, Beam was also certified Climate Neutral in 2019 – a proud recognition of the company’s efforts to eliminate carbon emissions. Since then, Beam has worked tirelessly to stay true to this prized certification, driving down all emissions involved in their operations across Asia Pacific, and offsetting any that were unavoidable. In April this year, Beam offset 18,103 tonnes of carbon dioxide (CO2) emissions resulting from their operations in 2021. This year, Beam has targeted to go further by implementing a Reduction Action Plan – a plan to reduce carbon emissions by transitioning to using only transit vehicles that are charged with electricity from renewable-certified sources and converting to certified renewable energy sources for all its operational power needs.

While most would assume that these efforts are already at the pinnacle of what a global company can do for the environment, Beam promises to take it a step further. By 2025, the mobility supplier pledges to be Carbon Negative, meaning the company will actually start removing more carbon dioxide from the atmosphere than it emits.

Beam’s Advocacy on Shared Responsibility to the Environment

Beam endeavours to create awareness on the shared responsibility to the environment by helping commuters recognise the environmental benefits of shared micromobility vehicles. In May 2022, Beam ran both a public opinion and a rider survey with the goal to not only get insights, but to build an understanding on how every road user can play their part in reducing carbon emission, however small the ride may be.

Through the public survey, Beam revealed that the average fossil fuelled vehicle emits 269 grams of CO2 for every kilometre travelled. This is in stark contrast to a Beam shared e-scooter, which produces zero CO2. This was significant news to a large group of respondents as out of 829 respondents who had never ridden a Beam e-scooter, 69% of them were unaware of this fact.

The surveys also show encouraging signs that Malaysians are open towards taking up more shared environmental responsibilities. Almost 50% of the 1800 Beam riders surveyed said that access to e-scooters for the “first or last mile” of a journey had made them more likely or much more likely to consider using public transport as an option for long journeys rather than using cars or ride-hailing services. This attitude flows into real behaviours, with 77% of regular riders saying they always, usually, or sometimes use an e-scooter to connect to or from public transport.

The surveys also provide compelling evidence of the way e-scooters are reducing car usage. Beam riders estimate that over 60% of their scooter trips would have been made in a car if Beams hadn’t been available. Moreover, they also illustrate how open citizens of Malaysian cities are to the possibility of shared e-scooters operating in their cities, with just 9% of the 1544 citizens surveyed saying they felt any degree of negativity to the idea, and this number halved once the safety features, convenience, and environmental benefits of shared e-scooters had been explained to them.

Beam is further supporting city councils in their journey to being more carbon efficient. For example, Beam has been a zero-emission transport partner of Shah Alam since April 2021, one of the most populous cities in Malaysia. This partnership was reiterated at the Shah Alam Car-Free Day, where Beam shared the benefits of commuting on e-scooters while accentuating the importance of adhering to local laws. This is in line with Shah Alam’s goal of achieving a “Low Carbon City” status by 2030.

Klang’s city council followed suit and organised its inaugural Car-Free Day on 19th June 2022. There, Beam introduced Klang residents to the benefits of its e-scooters for the first time through educational booths and e-scooter workshops.

“We are committed to helping city councils realise their goal of becoming more carbon efficient. We expect these partnerships to be long and fruitful and we are glad to report that residents have seized the opportunity to use alternative forms of transport, hence doing more for their environment,”

In championing a greener environment for this generation and the next, Beam is open and ready to listen to suggestions for how it can further work towards being Carbon Negative. For opportunities, connect with Beam at partnerships@ridebeam.com.

For more information about Beam and its efforts for the environment and for the planet, visit www.ridebeam.com/carbon-negative-pledge.