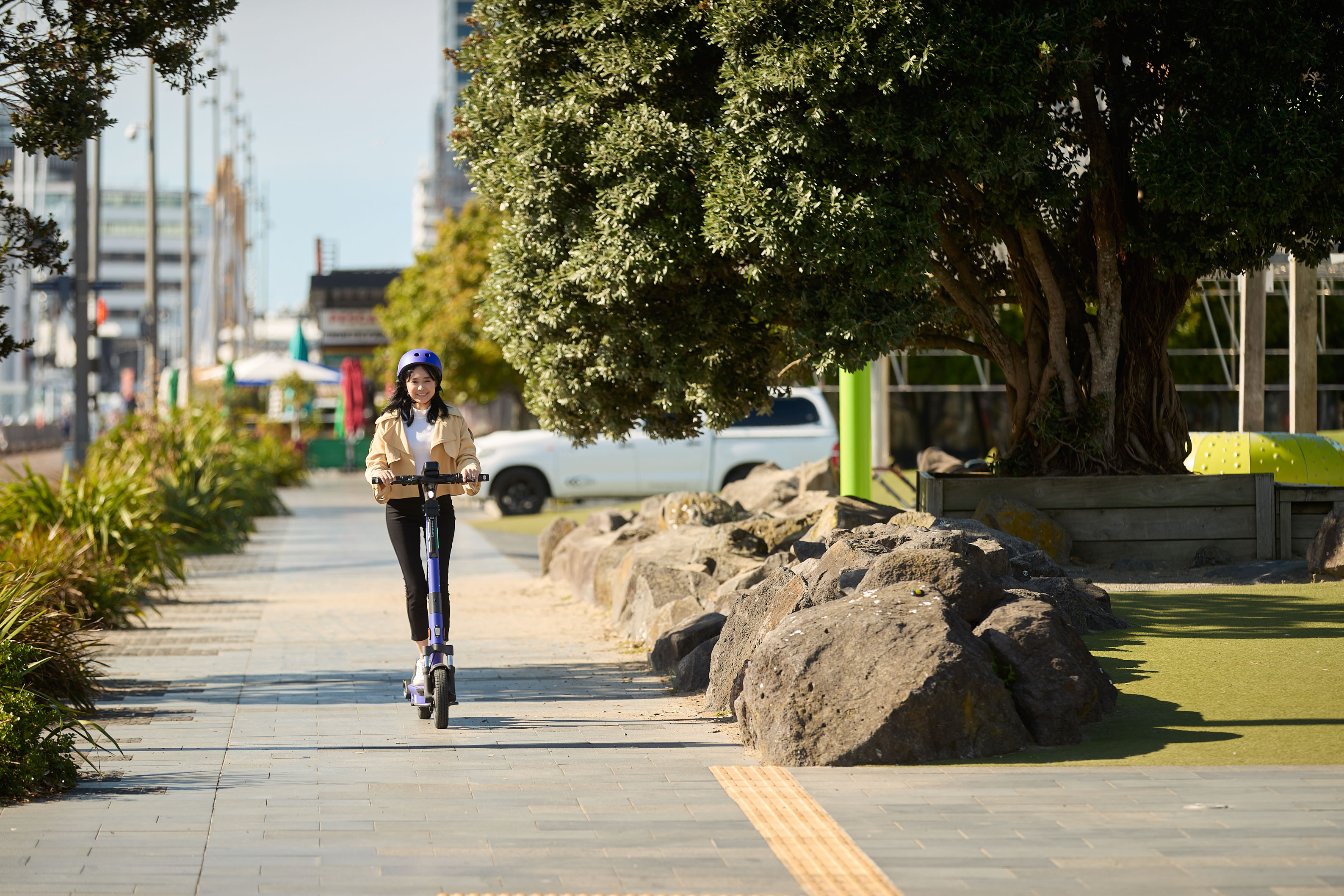 [14 October 2022] Beam has won its third consecutive operational license to operate in Auckland, following a successful tender process for a new permit led by Auckland Council.

Beam will bring its Pedestrian Shield technology to Auckland in the coming weeks, alongside its latest e-scooter - the Saturn 5 - to roll onto the streets for the first time anywhere in the world.

The Saturn 5 builds on features from the previous generation of Beam e-scooters, with upgrades to the  IoT (the e-scooter ‘brain’), hardware and riding experience.

Beam’s AI-powered Pedestrian Shield technology will be integrated into a number of the Saturn 5s, incorporating road surface detection for better rider and pedestrian safety.

With Pedestrian Shield, Beam’s e-scooters will accurately and reliably identify whether the vehicle is traveling on sidewalks, streets or bike lanes,  enabling Beam to employ riding restrictions and educate riders on safe riding in and around the cities, by providing specific in-trip and post-trip feedback.

The new permit comes as new research undertaken by Beam reveals that e-scooter adoption and usage have hit mainstream levels in Auckland, and that for many residents, the mode has become a fully integrated part of their transport habits, supporting Auckland Council’s Transport Emissions Reduction Pathway (TERP).

The survey revealed that of Auckland residents who live and work within Beam’s operational area, an extraordinary 79% have ridden a shared e-scooter, with 37% using them at least once every week.

Far from being a regular mode of transport only for younger adults, the group most likely to ride frequently are 30-44 year olds, and 27% of weekly riders are aged over 45.

Beam’s research also sought to establish usage patterns for residents without easy access to e-scooters, as the best indication of how shared e-scooters will be used as they become increasingly widespread.

“We are pleased to have won our third consecutive operational license to operate in Auckland, the only shared micromobility operator to do so, and thank Auckland Council for their continued confidence in our shared e-mobility operations.

“The extremely high level of adoption amongst Auckland residents who live and work where shared e-scooters are available demonstrates how Auckland is already a leader in shared e-mobility.

“We look forward to bringing our new Saturn 5 e-scooter to the streets for the first time, featuring AI-backed road surface detection in a huge next step for the future of shared e-scooter technology.

“Adoption of shared e-scooters in Auckland is way past the point of being used only by ‘early adopters’ of technology, and is now a mainstream transport choice for significant numbers of the population who have access to them, with usage surpassing more ‘traditional’ active transport options such as cycling.

“It makes Auckland an optimal city for us to be introducing the latest technology, continuing the city’s reputation around the world as a leader in future mobility.”

1 The survey of residents across Auckland was undertaken in September 2022 through an independent research company, and the sample was balanced for age and gender. All conclusions have an industry standard 95% confidence level and 5% margin of error.

2 The New Zealand Household Travel Survey showed 37% of New Zealanders have used a bicycle in the last year, compared with 39% of Auckland residents with access to a shared e-scooter saying they utilise e-scooters once a week.