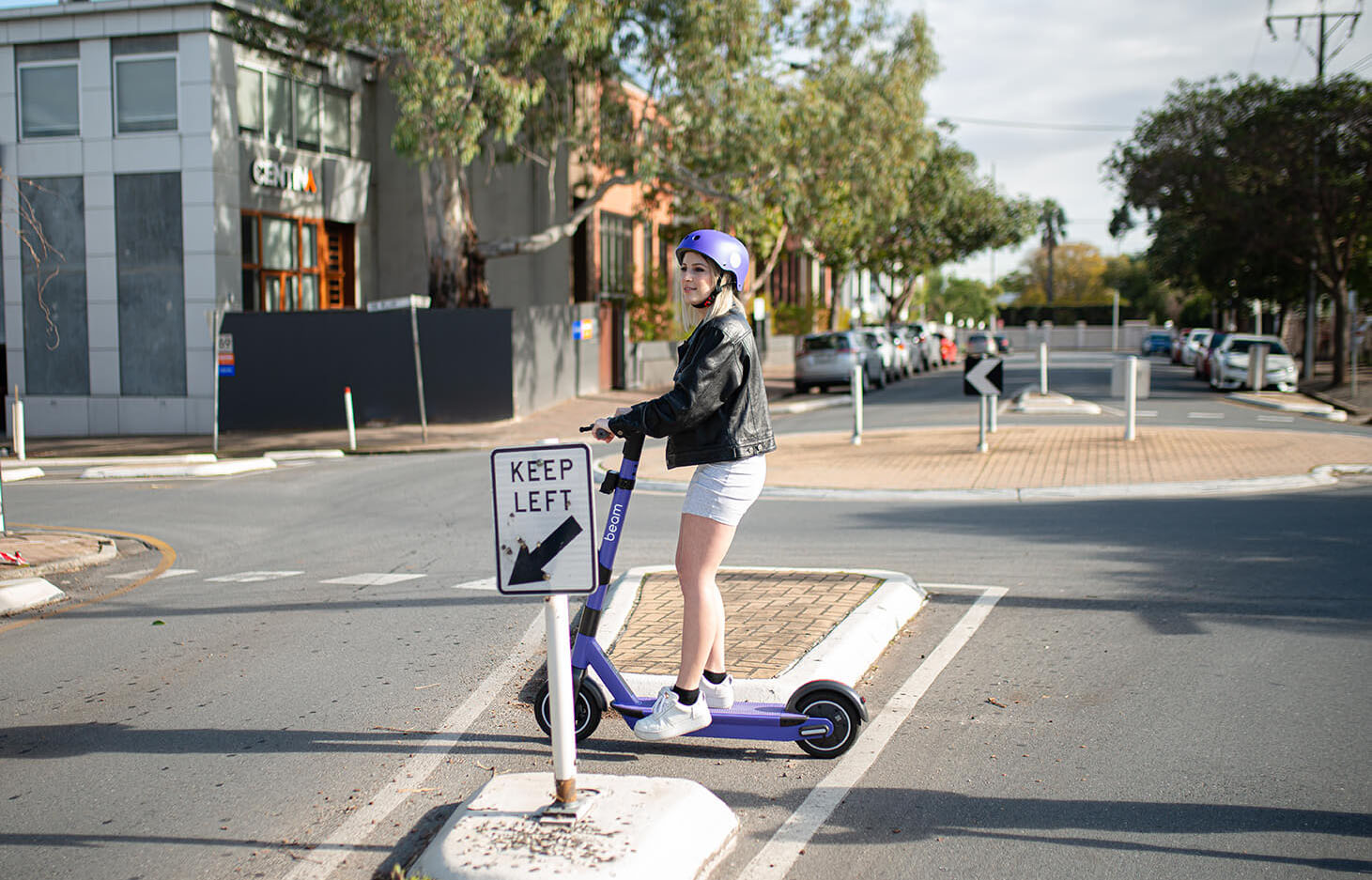 [30 November 2022] Beam has launched a rider education campaign in Adelaide ahead of summer, with its enforcement team doubling in size in the city ahead of the peak scooting season.

The ‘Ride Kind’ campaign, featuring local Adelaidians explaining the riding and parking rules, aims to ensure all riders understand their responsibilities when riding and parking a shared e-scooter, and the penalties for non-compliance.

Beam has also increased the number of ‘Beam Safety Ambassadors’ - team members who enforce riding rules - on the streets ahead of the peak travel season, with over 25 ambassadors patrolling the streets this summer to enforce Beam’s three strikes policy. Under the policy, those breaking the rules face warnings, suspensions, or permanent bans when caught breaking the law.

In November, Beam issued over 360 infringement warnings for offenses including dangerous riding, riding without a helmet, tandem riding and bad parking in Adelaide, with 260 individuals receiving permanent bans.

Whilst rider education of the new rules is at the forefront, Beam’s e-scooter operations do not rely solely on rider responsibility and police compliance. For example, Beam restricts where our vehicles can operate, via ‘geofencing’ technology, which allows us to designate specific operating areas, low-speed and no parking areas.

Beam’s e-scooters are speed restricted, have 24-hour GPS tracking and include a helmet with every vehicle, with technology to detect if the helmet has been used with a trip and issue warnings to riders who are breaking the rules.

“The added technology in shared e-scooters that differentiates Beams from privately owned e-scooters, ensures that we can regulate Beam e-scooter use, but riders need to understand their responsibilities whilst on an e-scooter.

“This summer, we’re keeping a particular eye out on offenses like dangerous riding around pedestrians, tandem riding and riding without a helmet, and encourage community members to ensure they’re doing the right thing and reporting those who aren’t.

“The majority of riders are riding responsibly and making a big difference to easing car congestion on Adelaide roads, with over 40% of Beam riders choosing to ride an e-scooter for their trips instead of driving their car.

“This campaign serves as a reminder of the riding rules, and we’ll be working closely with the Council and South Australian Police to educate and enforce them.”

E-scooter use in Adelaide now at mainstream levels

Research by Beam in Adelaide reveals that e-scooter adoption and usage have hit mainstream levels in Adelaide, and that for many citizens, the mode has become a fully integrated part of their transport habits.

Beam’s survey revealed that of Adelaidians who live and work within Beam’s operational area, an extraordinary 75% have ridden a shared e-scooter, with 34% using them at least once every week.

Far from being a regular mode of transport only for students, the group most likely to ride frequently are 25-34 year olds, and 48% of regular riders are aged over 35. Contrary to perceptions that e-scooter riders are usually male, they are just 10% more likely to be male than female.

At these usage levels, shared e-scooter usage is likely surpassing more ‘traditional’ active transport options such as cycling, with one recent study suggesting 17.4% of South Australians ride a bicycle in a typical week (compared with the 34% of Adelaidians surveyed with access to a shared e-scooter saying they utilise e-scooters once a week).