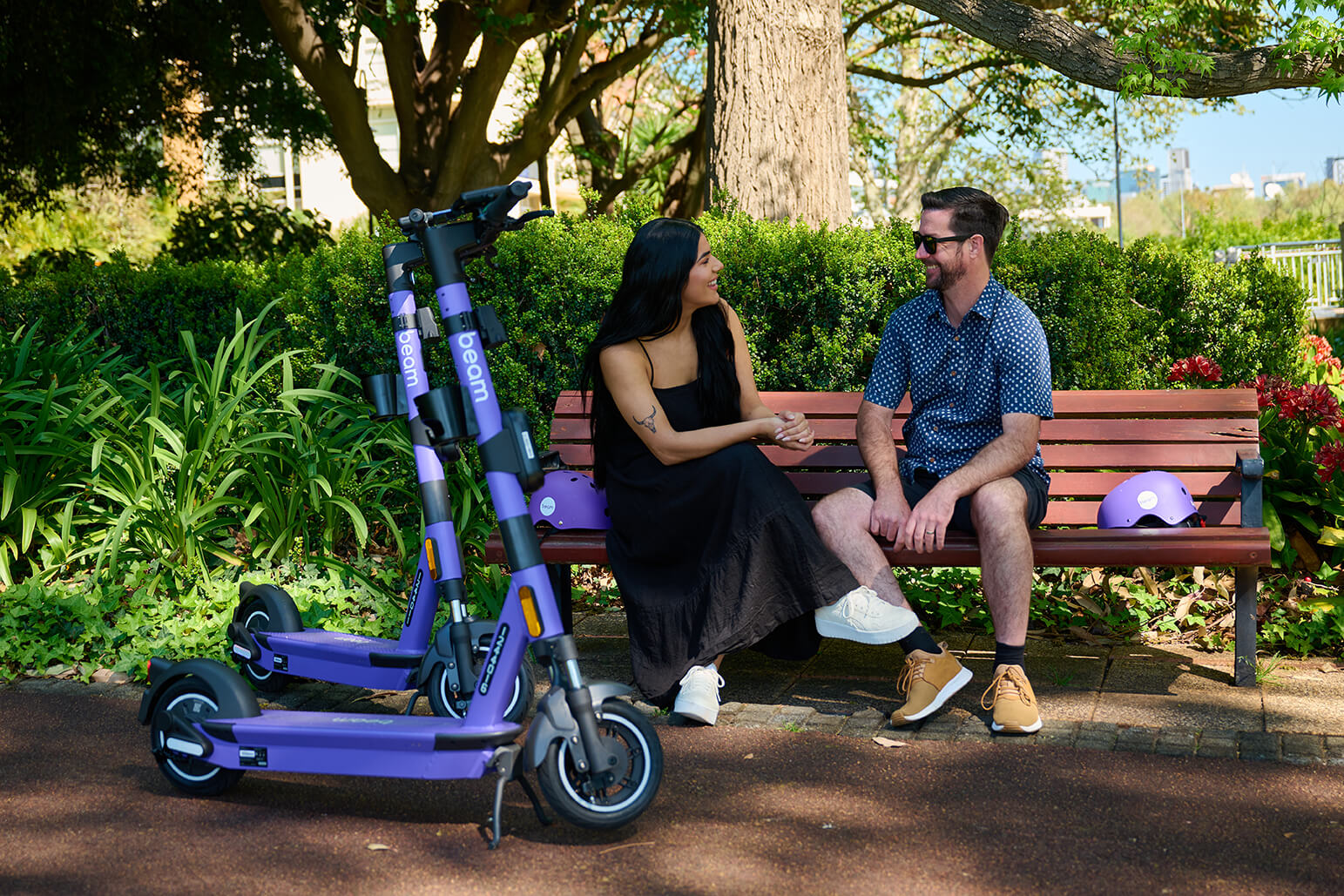 After a year of e-scooters, Launceston riders are leaving their cars behind

[19 December 2022] Leading micromobility company Beam has revealed that more than 230,000 kilometres has been travelled by Launceston riders on its e-scooters in the past year, saving at least 40,000 kilograms of carbon emissions.

Launceston riders surveyed revealed they would have used a car for just over half of their trips if e-scooters weren’t available, showing the impact e-scooters in Launceston have had on travel patterns.

In Launceston, the most popular commuter routes are to and from the city to the new Riverbend Park near Peppers Silo Hotel and in and around Mowbray and Inveresk. Student usage is also increasing, as well as commuter trips and trips for locals between shopping centres and outer suburbs.

Launceston riders are leaving their cars behind

The benefits of shared e-scooters in the city can be seen in the results of Beam’s rider survey in Launceston, which reveal that of Beam’s regular Launceston riders (defined as taking a minimum of 1 trip per week), 69% own or lease a car, of whom, 65% revealed they have used their cars less as a result of access to shared e-scooters, and 23% are more likely or definitely going to sell their car because of their e-scooter options.

Of the remaining car-free residents, 60% say they are less likely, much less likely or definitely not going to buy one in the next 5 years.

Of car users, work (50%) and leisure (26.9%) make up the large portion of use cases, highlighting the potential of shared-micromobility to play a part in modal shift, as over 50% of trips on a Beam e-scooter in Launceston are for work and study commuting purposes.

“In just a year, Launceston residents have grown to rely on e-scooters, not just for play but for their work and study commutes, running errands and day-to-day life.

“We’re particularly encouraged by riders revealing that they use their cars less following the introduction of shared micromobility, showing the benefits of e-scooters in encouraging residents to make more environmentally-friendly choices when travelling around the city.

“We’re thrilled to be serving Launceston over the summer with a safe and sustainable transport option.”

Beam will expand its Tasmanian footprint further, with operations soon to commence in Devonport.