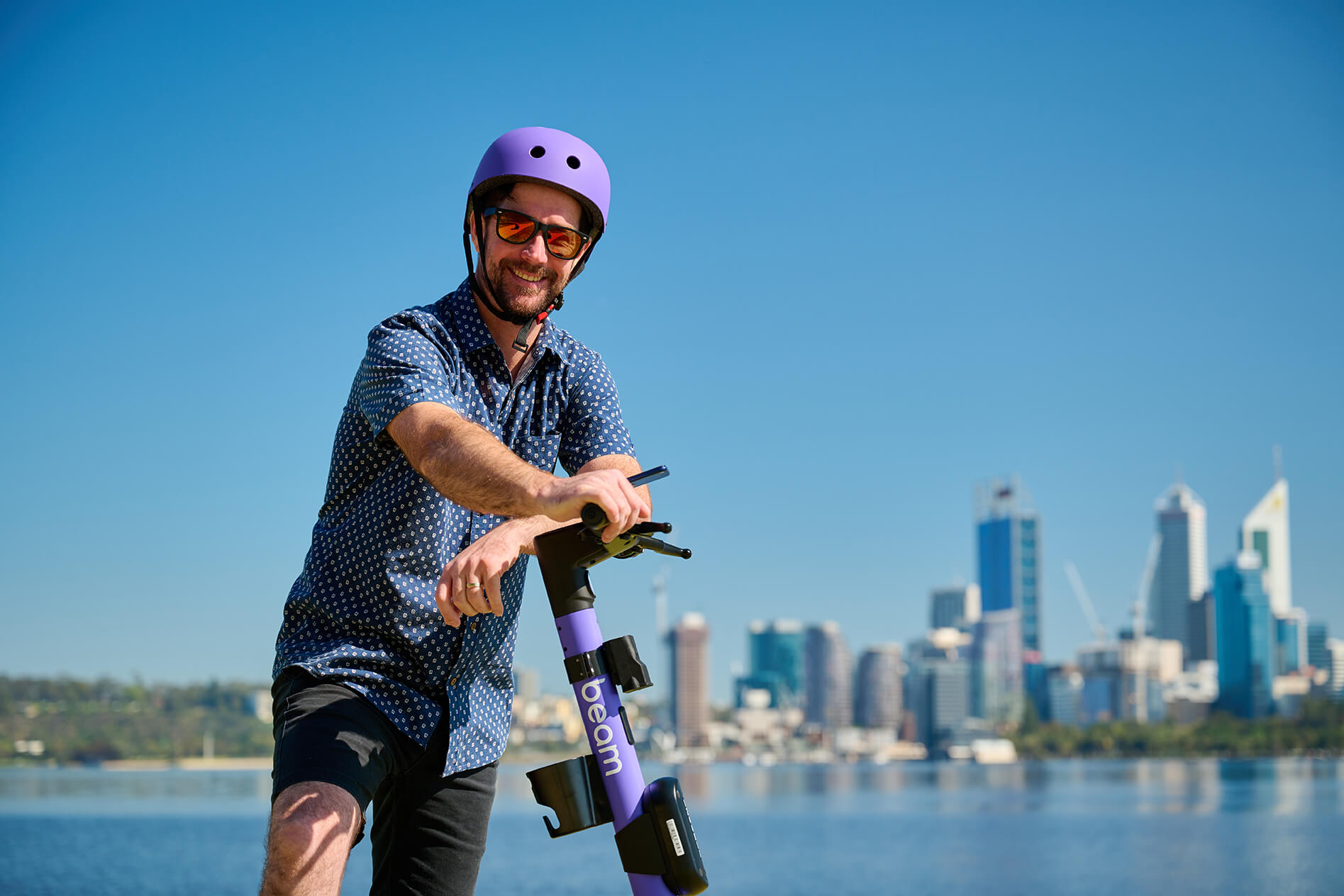 After a year of e-scooters, Hobart riders are leaving their cars behind

[19 December 2022] Leading micromobility company Beam has revealed that at least 95,000 kilograms of carbon emissions has been saved by Hobart Beam riders, with over 540,000 kilometres ridden on a Beam in the past year.

Hobart riders surveyed revealed they would have used a car for just over half of their trips if e-scooters weren’t available, showing the impact of e-scooters in Hobart has had on travel patterns.

In Hobart, the most popular commuter routes are from Regatta Grounds (with eastern shore commuters parking and riding into the CBD), West Hobart and South Hobart into the CBD. Popular visitor routes see tourists exploring the waterfront and Battery Point.

Hobart riders are leaving their cars behind

The benefits of shared e-scooters in the city can be seen in the results of Beam’s rider survey in Hobart, which reveal that of Beam’s regular Hobart riders (defined as taking a minimum of 1 trip per week), 72% own or lease a car, of whom, 71% revealed they have used their cars less as a result of access to shared e-scooters, and 21% are more likely or definitely going to sell their car because of their e-scooter options.

Of regular Beam riders who currently don’t own a car, 24% reveal that they recently sold their car as a direct result of having access to e-scooters. Of the remaining car-free residents, 60% say they are less likely, much less likely or definitely not going to buy one in the next 5 years.

Of car users, work (46%) and leisure (25%) make up the large portion of use cases, highlighting the potential of shared micromobility to play a part in modal shift, as over 50% of trips on a Beam e-scooter in Hobart are for work and study commuting purposes.

75% of regular riders also revealed their use of Beam e-scooters for work and/or study commuting purposes, with 54% using Beams for leisure. This shows that riders are using Beams for more than one travel category, with shared micromobility able to connect Hobartians to both work and play.

“In just a year, Hobartians have grown to rely on e-scooters, not just for play but for their work and study commutes, running errands and day-to-day life.

“We’re particularly encouraged by riders revealing that they use their cars less following the introduction of shared micromobility, showing the benefits of e-scooters in encouraging residents to make more environmentally-friendly choices when travelling around the city.

“We’re thrilled to be serving Hobart over the summer with a safe and sustainable transport option.”

Beam will soon expand its Tasmanian footprint, with operations commencing in Devonport in early 2023.