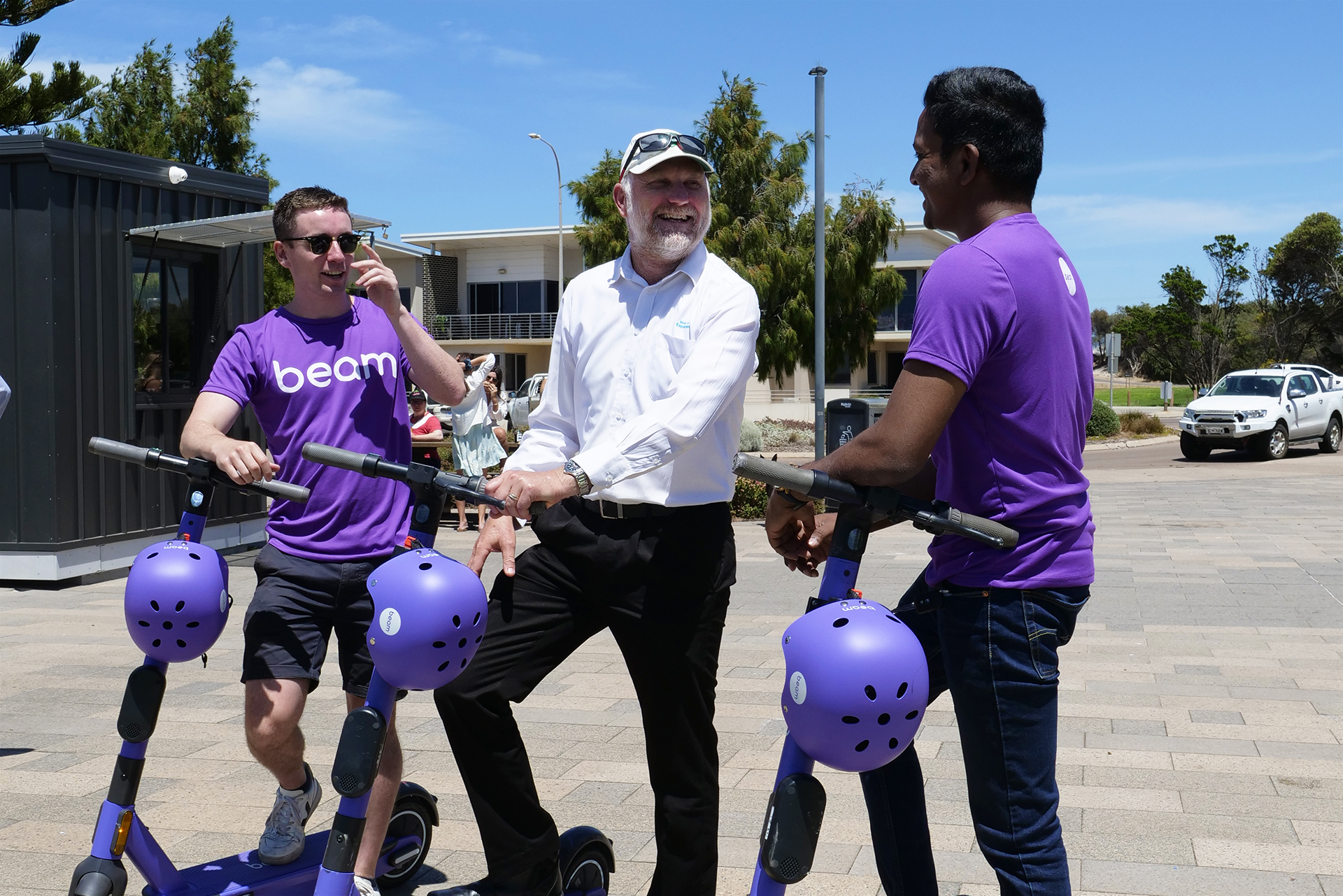 To say the introduction of e-scooters to the beautiful but remote town of Esperance in Western Australia has been a raging success is an understatement.

Located 700 kilometres south east of Perth on the coast, with a population of around 14,000, Beam worked with the Shire of Esperance and the 12-month trial period started in the holiday summer peak season in December last year with 70 e-scooters. Since then, that number has more than doubled - such has been the demand by locals and visitors to the town.

“There is no public transport in Esperance and only 3 taxis, so we thought e-scooters would provide a transport option but we really have been blown away by just how much,” according to Trevor Ayers, Manager for Economic Development at the Shire.

Beam data shows there have been 70,000 trips since launch in Esperance, which holds the record for most Beam trips per vehicle deployed per day of any city or location in Australia or New Zealand.

Trevor puts their popularity to a few main reasons: Esperance is a tourist destination on a growth trajectory and visitors use the e-scooters to get around the town from their campervans. Not having public transport means locals and tourists can use them and this increases movement around the Shire as well as increases economic activity to benefit businesses as well as users.

“Data also shows a significant commute usage by locals to get between residential and light industrial work zones which we hadn’t anticipated, so we have opened up new routes and access to e-scooters to facilitate this,” Trevor said.

A key to the success of the trial so far is also the flexibility on how and where they are used.

“We haven’t insisted on set parking bays. The beauty of e-scooters is their flexibility of use, so we don’t want people to have to walk 1km to a station, we want them where people use them.”

Trevor says the e-scooters have proven a major benefit to 16 and 17 year olds in particular, being able to commute to their part-time jobs, and for people who don’t have vehicles. The hospitality sector workers also use them to get to and from work at different times of the day and night, and this is both flexible and affordable, and reduces the need for car trips.

“We have seen very little anti-social behaviour or vandalism which is a positive. The e-scooters have both social and economic benefits because mobility gives people the ability to move around easily and get to a range of activities – work and social.”

Trevor highly recommends Councils introducing e-scooters like they have on a trial basis. He says this has worked really well and is very complimentary of the way Beam has worked so closely with the Shire to give guidance, advice and adapt as the trial has proceeded.

“Beam’s responsiveness and preparedness to adapt quickly, including changing routes and moving things around  when needed, is part of why the trial is getting such good outcomes.”