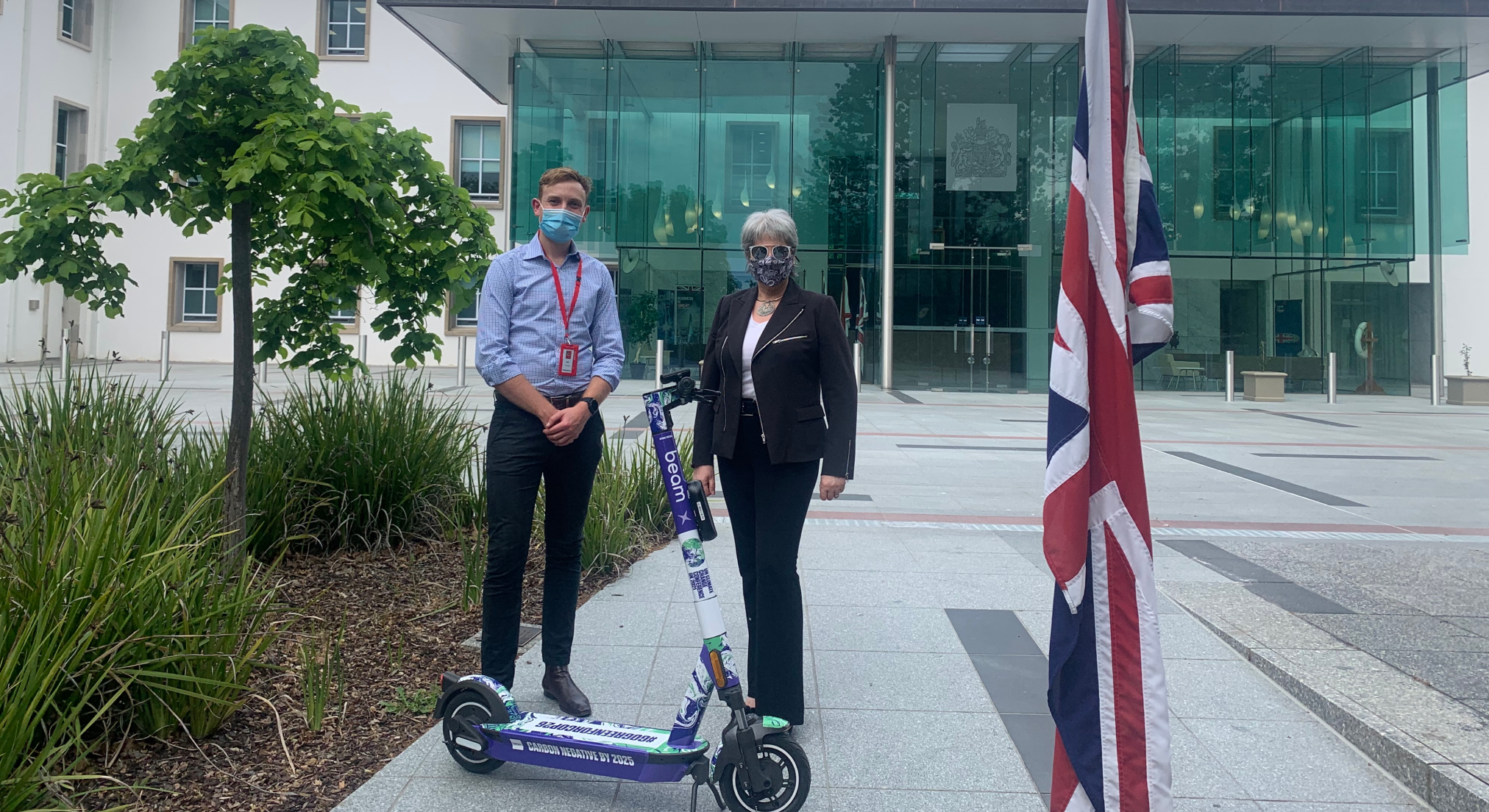 Ahead of COP26, the UN Climate Change Summit, the UK and Beam have launched an exciting partnership in Australia and New Zealand. The partnership will raise awareness of the importance of reducing carbon emissions caused byfossil-fuelled travel and encourage Australians and New Zealanders to make the switch to climate-friendly alternatives.

As hosts of COP26, the UK Government will see more than 100 world leaders attend Glasgow. Sustainable transport forms an important part of the picture. Road transport accounts for 10 per cent of global emissions, and emissions are rising faster than in any other sector. COP26 Transport Day on 10 November aims to build consensus on the pace of transition to zero-emission vehicles that is needed to meet the Paris goals, and to strengthen international collaboration to accelerate progress.

Beam is Asia Pacific’s largest micromobility company, and the only operator in ANZ to be Certified Climate Neutral. In 2020, Beam offset 4,400tonnes of CO2 by investing in projects focused on removing carbon from the atmosphere.

As further evidence of Beam’s commitment to climate action it is pleased to announce its pledge to go beyond net zero and become ‘Carbon Negative’ by 2025, meaning that the company’s activities go beyond achieving net zero carbon emissions, and actually remove additional carbon dioxide from the atmosphere.

Beam’s roadmap to becoming Carbon Negative will include reducing carbon emissions into the atmosphere by encouraging modal shift onto Climate Neutral alternatives, investing over $150,000 into identifying a globally-recognised standard for measuring the positive carbon impact of modal transfer and assisting mobility platforms to measure and report on carbon impact of modal shifts, and investing in new technology to reduce the reliance on carbon in its operations.

“I’m delighted to welcome our partnership with micromobility company Beam in cities across Australia.

“As the eyes of the world turn to COP26, the UN Climate Change Summit in Glasgow, we encourage all nations to pull together to make the change to sustainable transport solutions.

Achieving net zero needs government level action, but we can all make a difference through the choices we make.

It’s fantastic to see Australians choosing to tackle climate change through e-mobility and zero emission transport options, and that’s what makes this partnership so important.”

“At the UN climate change conference COP26 we’re bringing governments from around the world together to urgently protect our planet and tackle emissions.

“But we all have a role to play. Choosing more sustainable forms of transport or taking the final stretch of your journey on a Beam e-scooter could make a real difference and bring us one step closer to achieving global net zero emissions.

“COP26 in Glasgow will see the world come together and I’m delighted this partnership will provide away for Kiwis to play their part too.”

“We are thrilled and honoured to be partnering with the UK Government and are proud to have been acknowledged as a micromobility leader in the climate space.

“Ahead of the summer peak travel season, we look forward to working locally to introduce incentives for Australians and New Zealanders to make the shift to a climate neutral mode of transport, and turn their short car drives into cleaner rides for a better future.

“As micromobility is still an emerging industry, we feel a responsibility to lead the conversation in how micromobility can play a part in climate discussions. This is why we have chosen to go further in our sustainability efforts, by pledging to be Carbon Negative by 2025.

“We look forward to sharing our work over the coming years with our industry colleagues, education and community partners and collaborators and to playing an active role in the world transitioning to a lower-carbon economy.”