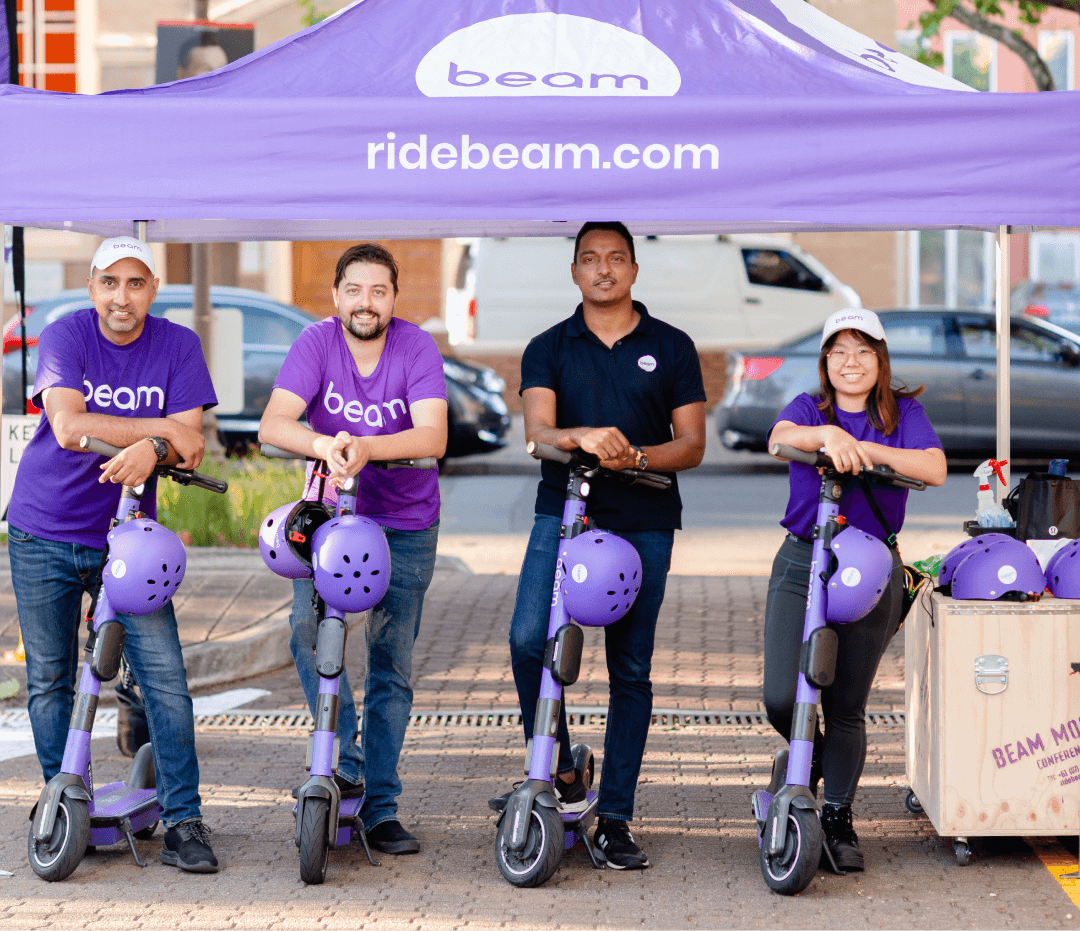 [04 April 2022] Beam, Asia Pacific's largest micromobility operator, will add 500 new jobs across Australia and New Zealand and invest US$30 million into expansions and technology upgrades in the region after closing a Series B funding round in February.

Even as cities lived through two years of pandemic-induced movement restrictions, the demand for micromobility continued to grow. Today, one Beam trip is taken every two seconds around the world.

Since the beginning of the pandemic in 2020, Beam has expanded to 16 new cities across Australia and New Zealand to date, with cities and local governments increasingly keen to explore shared micromobility trials. Beam has engaged with cities keen to embrace an environmentally friendly mode of transport, ease car congestion, and reach their carbon reduction targets.

With new legislation governing e-rideables coming into effect in many states in Australia - for example, in Western Australia in late 2021 - and support for further shared micromobility trials from governments at a state and local level, Beam anticipates a doubling of its footprint in the region in 2022.

"We have big expansion plans for Australia and New Zealand, with jobs at our Australian headquarters anticipated to double this year.

"As we establish ourselves further in the region, we will be creating 500 additional jobs across our headquarters in corporate, engineering and central operations roles, and in cities as we grow our footprint in existing cities and expand into new ones.

"Beam's city operations create 35-70 local jobs in every market we expand into, providing a pathway into employment for young Australians and New Zealanders.

In addition, Beam will further enhance its suite of safety technology in Australia and New Zealand through the deployment of MARS ('Micromobility Augmented Riding Safety') which includes ANZ-first safety innovations that protect pedestrians, enhance Councils' control of city spaces for zoning and parking, and drives safer usage of vehicles by riders. New technological investments will see Beam's e-scooters able to slow down when they detect pedestrians and adjust speed based on road surfaces.

The new technology - an ANZ regional first - has been developed by Beam in a huge part for Australia and New Zealand due to specific safety and legislative requirements in the region.

"As cities require more control of open spaces, e-scooters need to get smarter."

"Shared e-scooters in Australia and New Zealand have been largely reliant on GPS. We're excited to be introducing MARS to the region, featuring a higher level of technological capability for a widespread adoption of micromobility.

"Western Australia and Tasmania both also introduced similar legislation in late 2021. At this stage in Australia, no operator has adapted their technology to suit the more nuanced requirements from Council. Beam is committed to being the first operator here to do so."

"We are excited to bring our 5th generation Beam Saturn e-scooter to cities with MARS technology that will provide significant advancements in safety, city zoning control, rider behavior management, and sustainability."

‍"We're particularly proud of the innovations we've created to reduce risks to pedestrians with the Beam Pedestrian Shield, an onboard AI camera that can instantly and accurately detect pedestrians to prevent collisions, and detect footpaths to automatically reduce vehicle speed or even prevent riding completely."