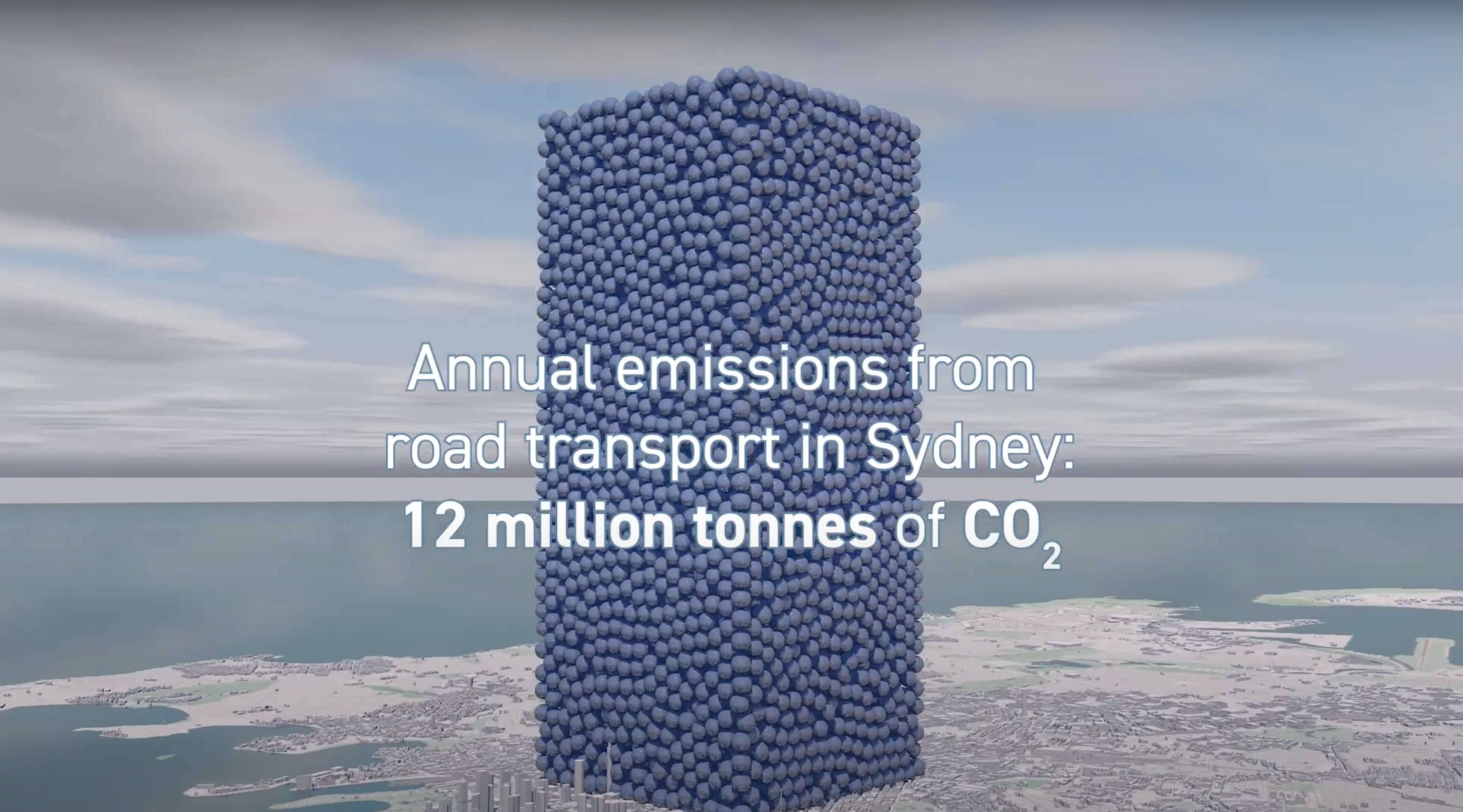 [21 September 2022] Leading shared micromobility company Beam has released visualisations of just how immense road transport emissions are in cities across Australia and New Zealand, as part of a campaign to encourage city residents to rethink their commute.

Whilst the data is concerning for the climate, it also highlights the immense potential for carbon emissions savings should Australians and New Zealanders make changes to the way they undergo their daily commute.

40% of ANZ riders surveyed are more likely to consider public transport as an option for long journeys, over cars or ridesharing, if they have the option to rely on e-scooters and e-bikes for first and last mile transport.

Over 65% of Beam's ANZ riders also revealed they were more likely to use an e-scooter and e-bike over a fossil fuelled vehicle given the lesser environmental impact of a carbon-neutral ride.

Beam riders are also calling on governments to aid them in their car free journeys, with 59% of surveyed riders calling for additional infrastructure for active transport, and 32% for increased public transport access.

“Ahead of Car Free Day, we are calling for Australians and New Zealanders to remember the environmental impact of their personal transport choices, and their ability to make a difference.

“It is obvious that a reduction of road transport emissions from fuel-powered vehicles in cities has a huge impact on a city’s carbon footprint, and users of e-mobility are riding the change.

“Our data shows 85% of Beam riders believe it is somewhat, very or extremely important to phase out petrol and diesel cars on the roads, showing the more access to and awareness of other modes of transport a city resident has, the more they are passionate about embracing alternate modes of transport.

“It is also very encouraging that in these early stages of shared micromobility being integrated into cities across Australia and New Zealand, our research is showing the potential for it to shift residents away from car usage.