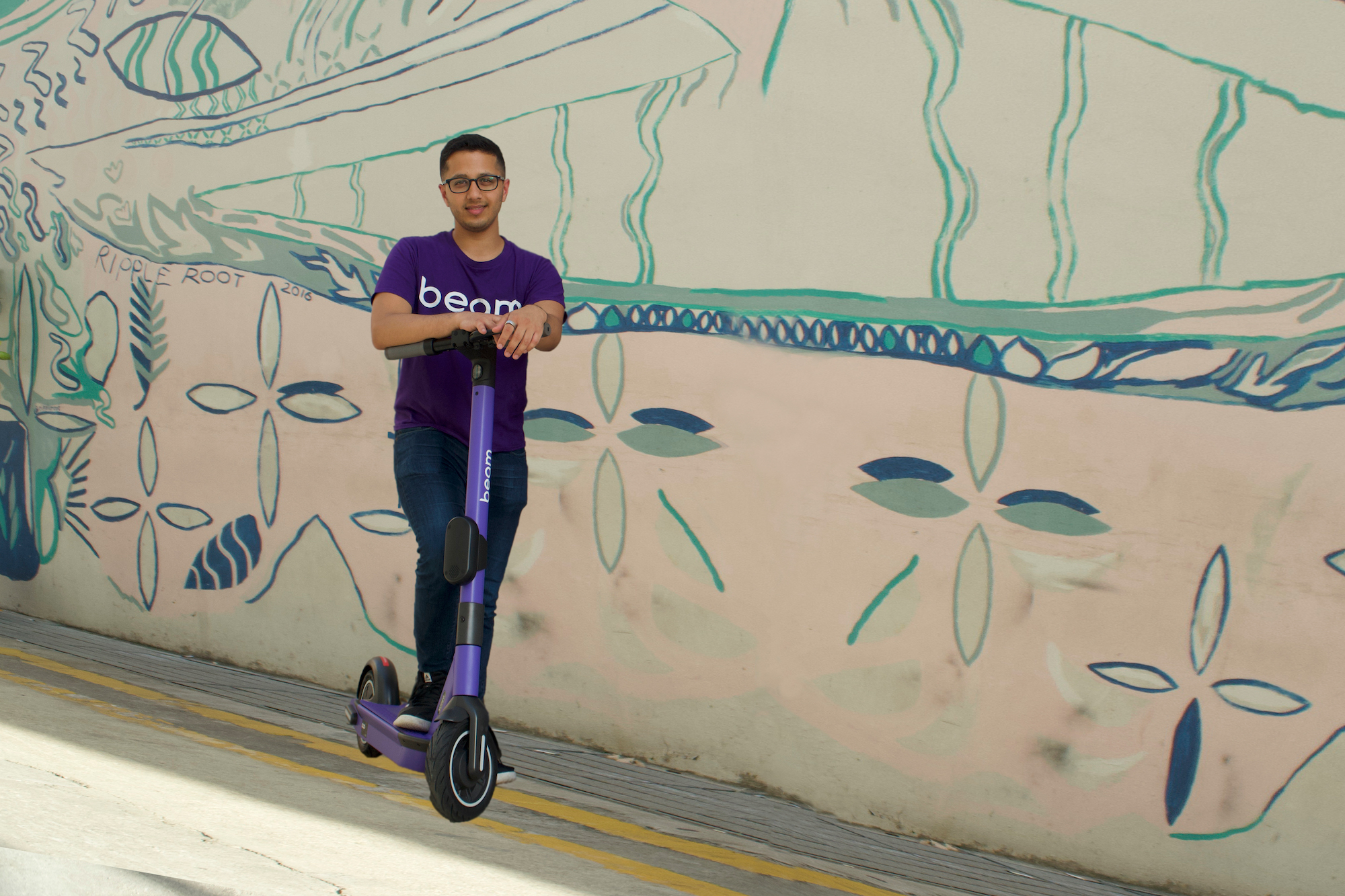 A news report popped up last week on a key technological advancement in transportation safety.

And it came from the car industry.

This technology has actually been used by shared e-bikes and e-scooters for years.

The fact that this hit some national newspapers was a useful reminder to the general public that if a car marque launched anything close to the applied technology that shared e-scooters have already been using for years, they would be hailed as inventing the best car in the world!

You can even imagine the ad they’d pay an overpriced Madison Avenue agency to make; deep, booming gravelly voice over, reeling off breakthrough initiatives such as AI-powered camera technology that detects the road surface ahead and corrects speed automatically, pedestrian detection sensors that automatically slow the vehicle in the event of a possible collision, and sensors that detect patterns in driving to allow advisory warnings in the event of unsafe behaviour. The excitement. The anticipation. The drama.

Except they’re not standard in modern cars yet. But all of these technologies ARE in the Beam e-scooters coming to the streets of Australian and New Zealand cities in the coming months.

In macro terms, it’s pretty extraordinary that a vehicle that costs (and weighs) a fraction of the average car could be so packed with safety features, but it’s an illustration how dramatically micromobility technology has developed, and how the industry has carved its own path.

For fans of business theory, this is “disruptive innovation” in action. Many observers have assumed that micromobility is like the little brother of the four-wheeled monsters, but the truth is that a combination of innovative leaps made in GPS tracking technology, low-cost sensors, camera-based AI recognition, and electric battery capacity has allowed us to create our own ecosystem and combine those swiftly and cost-effectively to create a vehicle that, on pretty much every count, trumps the billion-dollar car industry in proactive safety.

And it doesn’t stop there. Later this week we will be announcing a best-in-class technology to help prevent riders using a Beam when under the influence of alcohol or drugs. Car companies don’t create such tools for private cars. Car rental companies don’t apply such tests if you want to rent one of their vehicles. Once again, Beam is setting new standards for safe transportation and user and public safety, and we’ll strive to continue doing so.